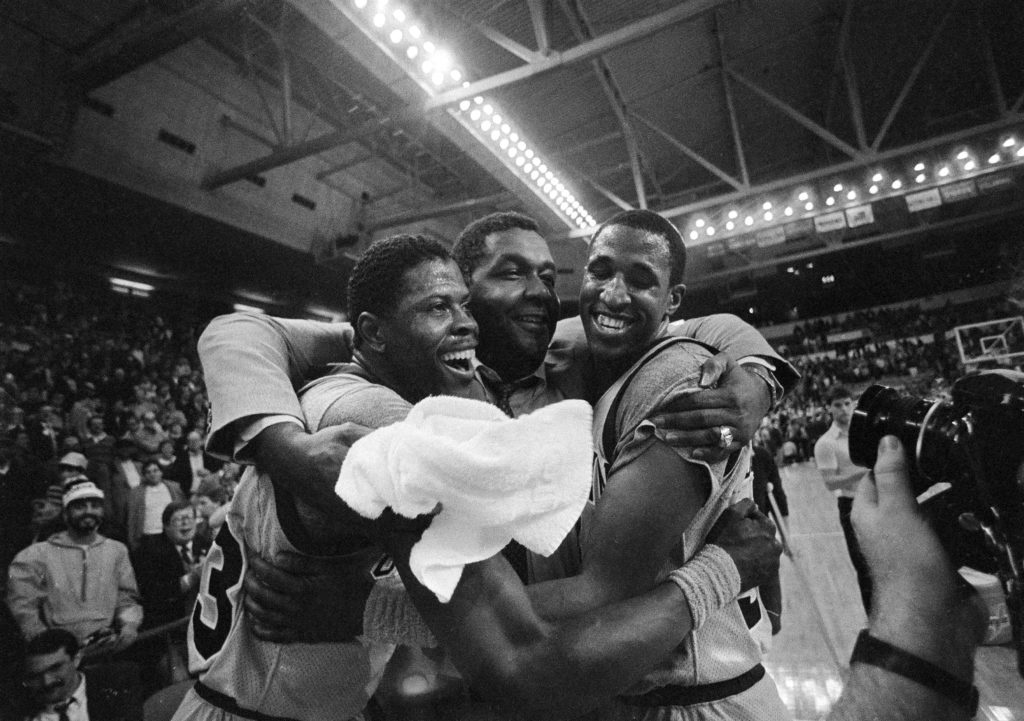 “I always planned to be a teacher, not a basketball coach. I used basketball as an instrument to teach. My classroom was the court.”

-John Thompson, “I Came as a Shadow”

Georgetown University basketball coach John Thompson, Jr. made history as the first African American coach to lead his team to an NCAA title in 1984. The larger-than-life force behind Georgetown’s rise to national prominence, Thompson passed away in the summer of 2020, but not before penning his autobiography. Thompson was never just a basketball coach, and “I Came as a Shadow” is decidedly not just a basketball autobiography. Thompson’s life on and off the court threw America’s unresolved struggle with racial justice into stark relief, from his childhood in a segregated Washington to our current moment of racial reckoning.

Creating opportunity for Black athletes was a cornerstone of Thompson’s legacy. He saw basketball as a means rather than an end. “Opportunity is what I fight for,” he told Kojo in 2012.

Jesse Washington, co-author of “I Came as a Shadow” and senior writer for ESPN’s “The Undefeated,” joins us to discuss Thompson’s life and enduring legacy in Washington.