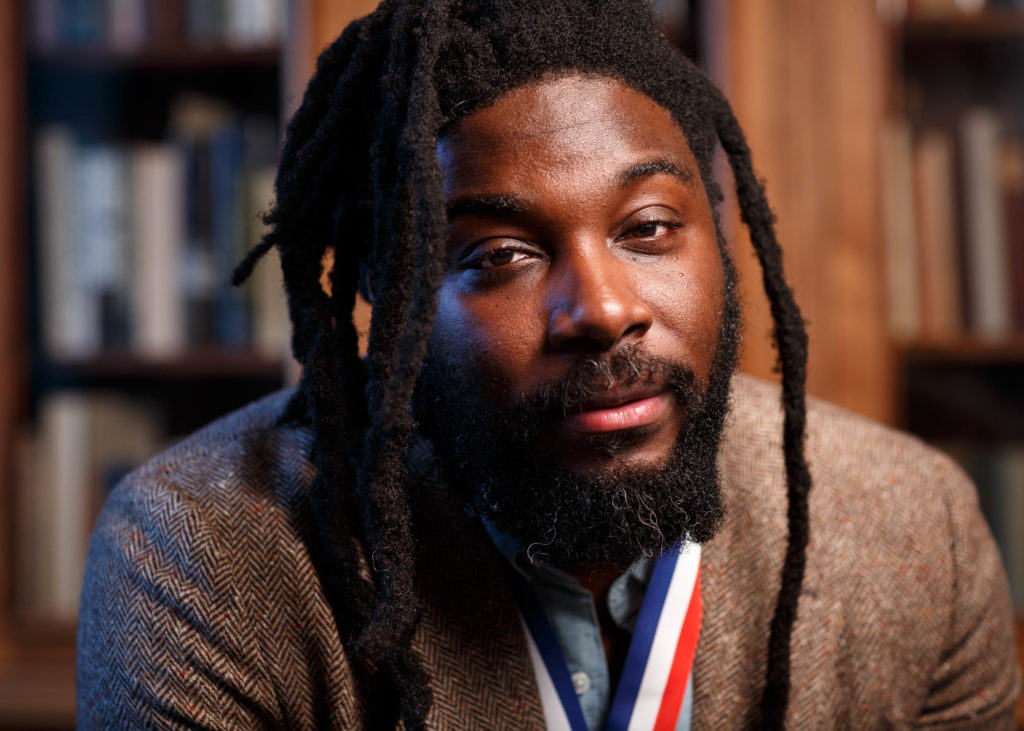 Award-winning YA Author Jason Reynolds wants kids and teens to have the language they need for constructive conversations about race.

In his new book Stamped: Racism, Antiracism, and You, Reynolds remixes Ibram X. Kendi’s Stamped from the Beginning into an accessible primer on antiblack racism in America that he calls “not a history book.”

Reynolds was recently named the seventh National Ambassador for Young People’s Literature by the Library of Congress.

In his two-year appointment, Reynolds plans to travel the country and interview children about their lives and hometowns to create what he describes as “proof of life on record.”

This show is an edited rebroadcast. We will not be taking calls, emails or social media messages during the airing of this segment today.

Produced by Victoria Chamberlin and edited by Julie Depenbrock