Pro-Trump Insurrectionists Cause Chaos At The Capitol

Pro-Trump Insurrectionists Cause Chaos At The Capitol 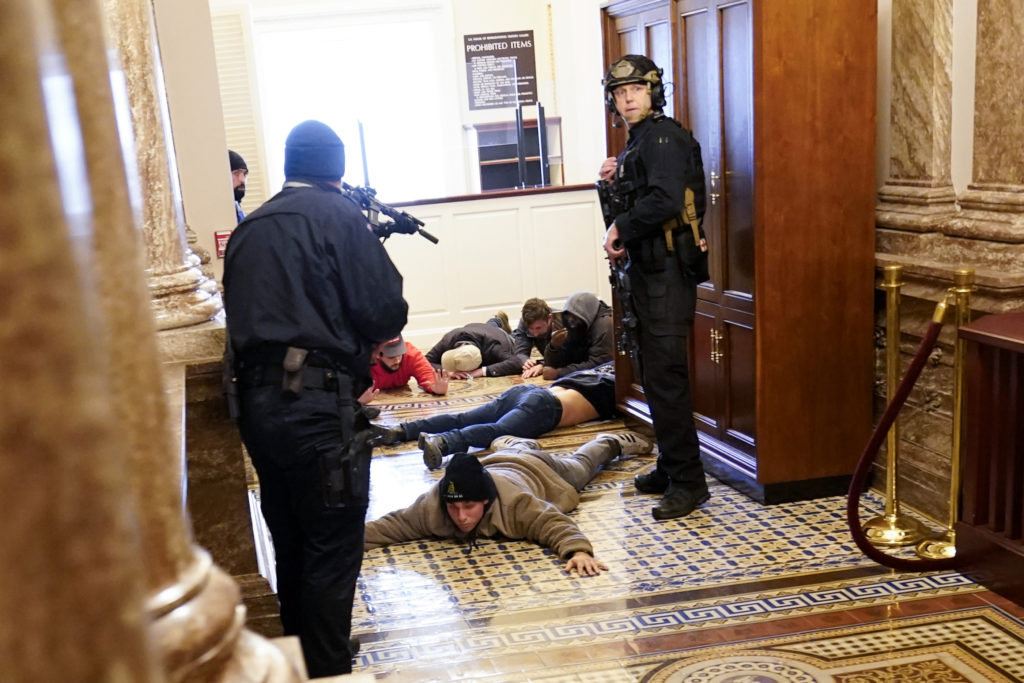 U.S. Capitol Police hold protesters at gun-point near the House Chamber inside the U.S. Capitol on Wednesday, Jan. 6, 2021, in Washington. Andrew Harnik / AP

During the House and Senate confirmations of the 2020 presidential election, far-right insurrectionists stormed the U.S. Capitol building. This came after thousands of President Trump’s supporters gathered in the District for a rally, where he again falsely asserted massive voter fraud during the election.

Members of Congress and other Capitol workers were evacuated out of the House and Senate chambers, halting the counting of electoral votes. President Trump addressed the mob saying, “You have to go home now.” The D.C. National Guard, along with other law enforcement agents, were deployed in response to the violence.

We’ll speak with local and regional politicians, security officials and other local voices about what happened, how it happened and what’s next.