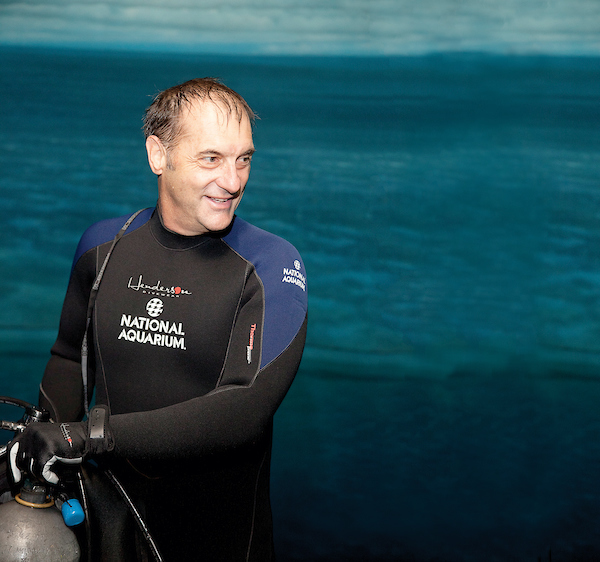 Kojo For Kids welcomes National Aquarium CEO John Racanelli to the show on Monday, September 21 at 12:30 p.m. Listen live by streaming the show on this page or by tuning in to 88.5 FM in the Washington, D.C. region. Kids can call in with questions at 800-433-8850.

The National Aquarium is full of astounding creatures — and not all of them live in the water. There’s the lion’s mane jellyfish, which can have more than 1,200 tentacles, and the spotfin porcupinefish, which can inflate its body like a balloon. Then there’s the laughing kookaburra, which sounds like … take a listen.

National Aquarium CEO John Racanelli is in charge of making sure all 800 species in the aquarium stay healthy, and that the aquarium’s 1.2 million visitors a year not only have a good time at the Baltimore attraction, but go home inspired to take better care of our oceans.

Lately he’s had another responsibility: to figure out how to run the aquarium and open it to the public in the middle of a pandemic.

Maybe you want to know what more about how the aquarium feeds its sharks, what its going to do with its dolphins or how it helps care for the Chesapeake Bay. John Racanelli is taking kids’ questions!

The Kojo Nnamdi Show is providing special coverage on climate issues this week as part of Covering Climate Now, a global collaboration of 400 news outlets designed to strengthen coverage of the climate story.