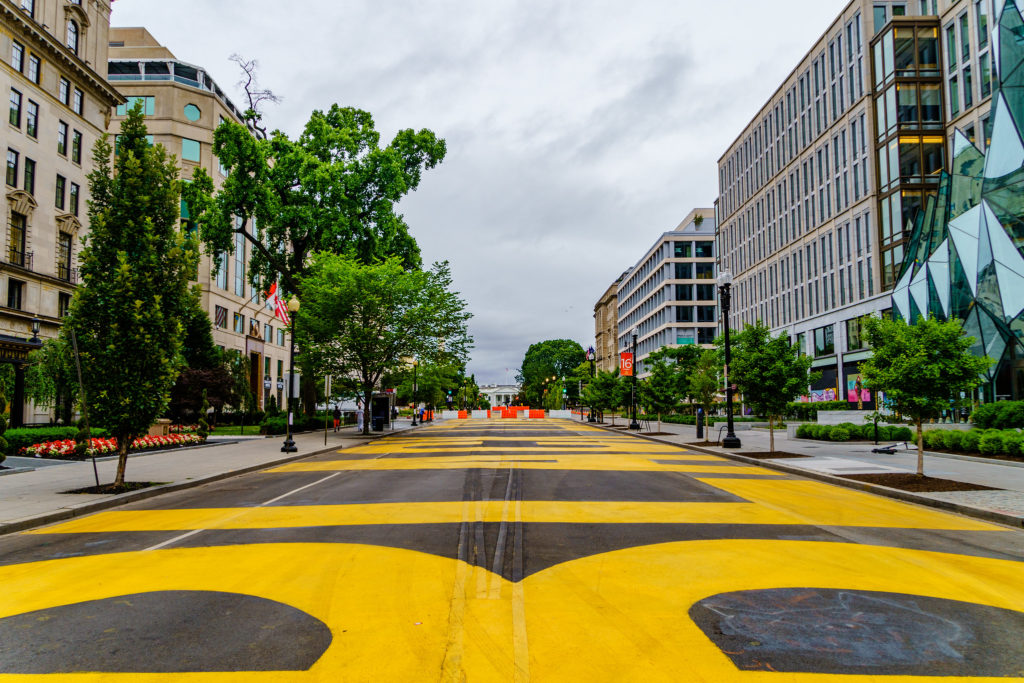 Many praised the mayor’s message and project, especially as a response to President Donald Trump. (Four days before the mural was created, law enforcement teargassed peaceful protesters outside of St. John’s Church so the president could have a photo op there.) Similar large-scale murals have popped up around the country. But some local Washingtonians have criticized the mural and renaming of the plaza as performative. Chief among the critics is the D.C. chapter of Black Lives Matter, who responded by adding “Defund The Police” to the mural. (After letting the addendum stand for more than two months, the city recently paved over it.)

Over the summer, the space has taken on a meaning of its own. Some come to protest. Some bring their children to educate them. And some come to take in the mural, like the late civil rights leader Congressman John Lewis, who made his last public appearance there.

What does Black Lives Matter Plaza mean to Washingtonians? Is it a place of hope, of unity, of protest or of pain? And how will the space be used and remembered in the decades to come?