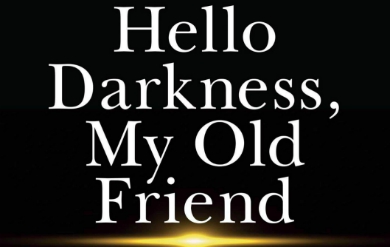 In college, Sandy Greenberg was a strong student and athlete with a devoted girlfriend, close friends and big ambitions. Then glaucoma blinded him, and he thought his bright future went dark too.

But his family, girlfriend and a roommate named Arthur Garfunkel – yes, the Art Garfunkel – made sure he returned to school and graduated with his class.

Greenberg went on to earn a doctorate at Harvard, a Marshall scholarship and invent a compressed speech machine that helped blind people all over the world.

He would later found biotech companies, sit on the National Science Board and chair the Rural Health Care Administration and the Johns Hopkins’ Wilmer Eye Institute.

“Hello Darkness, My Old Friend,” a memoir decades in the making, comes out on June 30. We talk to Greenberg about building a rich life after a cruel blow and his campaign to end blindness.