“Race, Class And Politics In The Cappuccino City” – A Conversation With Derek Hyra

“Race, Class And Politics In The Cappuccino City” – A Conversation With Derek Hyra 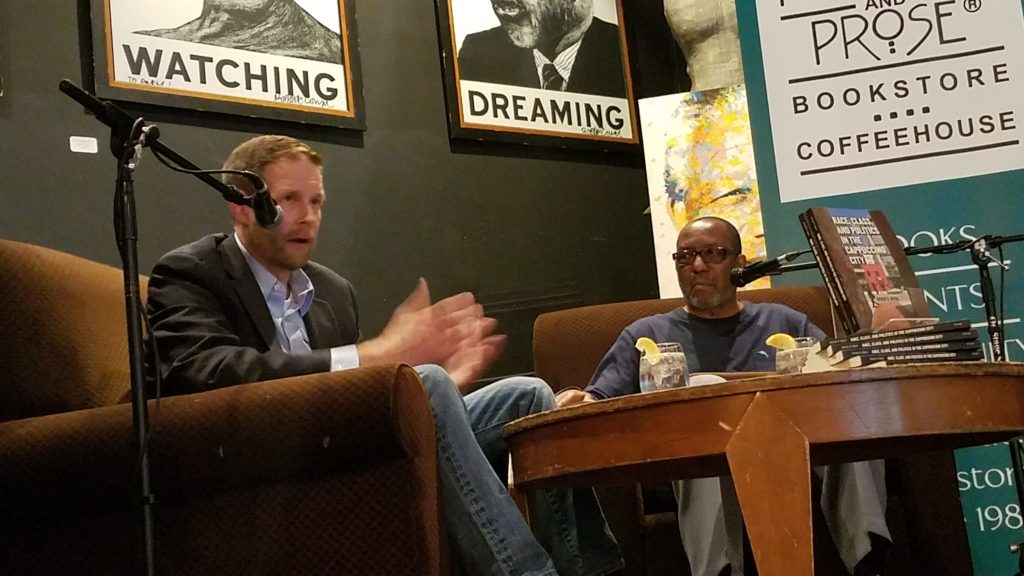 Derek Hyra chats with Kojo at the Busboys and Poets at 14th and V St. NW. Chris Chester

Has Washington gone from “Chocolate City” to “Cappuccino City?” American University professor spent more than half a decade studying the neighborhood changes along the U St. NW corridor and in Shaw – places that are emblematic of the rapid transformation that’s swept through so much of Washington during the past two decades. Kojo chats with Hyra in front of an audience right in the middle of one of the neighborhoods he spent so much time studying for his new book, “Race, Class And Politics In The Cappuccino City.”