Ahead Of The Women’s March, A Debate About The Right Tone Of A Protest

Ahead Of The Women’s March, A Debate About The Right Tone Of A Protest 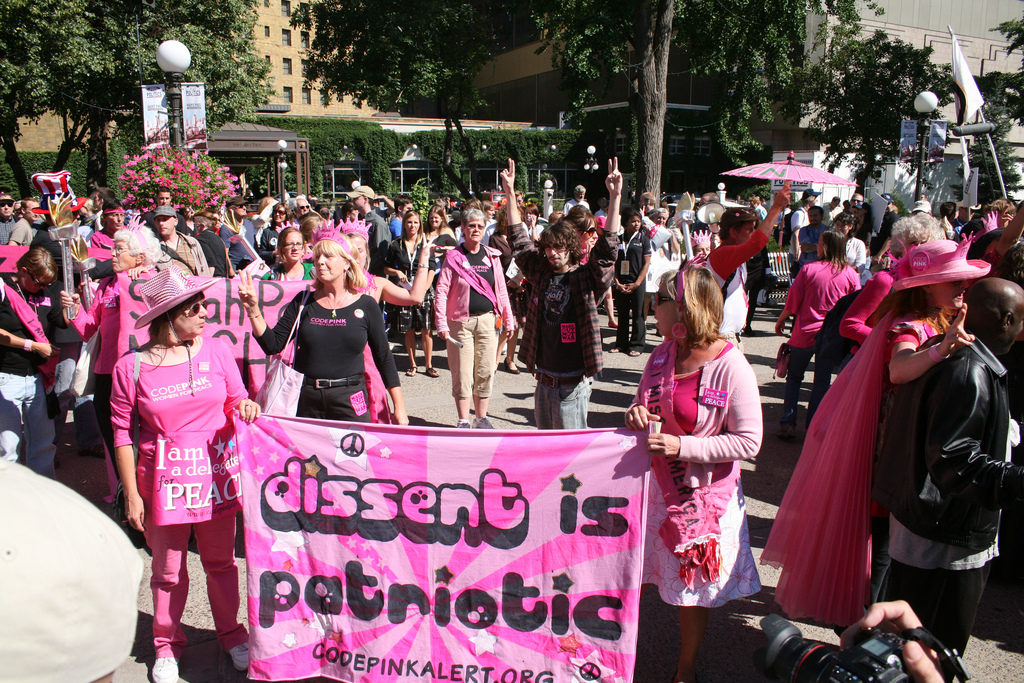 A political demonstration at Republican National Convention in St. Paul in 2008. PBS NewsHour via Flickr

More than 200,000 people gathered in Washington, D.C. in 1963 for the March on Washington for Jobs and Freedom, where Martin Luther King, Jr. gave his famous “I Have A Dream” speech. More than 50 years later, people from across the country plan to gather for another protest with a similar name: The Women’s March On Washington. That event, scheduled for the day after Donald Trump’s inauguration, is expected to draw around 150,000 people. But within those ranks, debates are popping up about the march’s tone. We explore the lessons that can be drawn from the march King led and consider the degree to which a protest must be solemn to be effective.