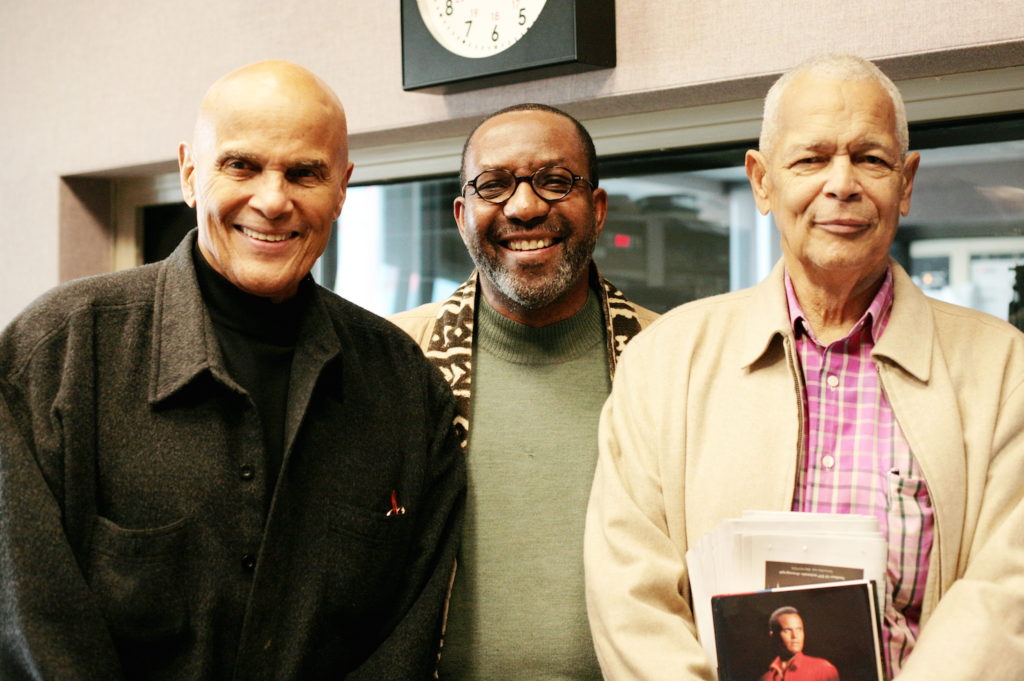 Harry Belafonte (left), Kojo Nnamdi, and Julian Bond in the studio at WAMU 88.5 following the first hour of The Kojo Nnamdi Show in which Harry Belefonte was interviewed about his new book "My Song: A Memoir," with Michael Shnayerson on Wednesday, November 2, 2011. Anthony Washington

His 1956 album Calypso was the first LP ever to sell a million copies, and his celebrity status parlayed to the stage and screen. For more than fifty years he’s used that star power to fight injustice, from segregation in the U.S. to apartheid in South Africa. The legendary performer and outspoken civil rights activist joins Kojo to reflect on his career and the political and humanitarian causes that drive him today.

In light of the Occupy Wall Street protests, Harry Belafonte makes the point that people initially underestimated the power of Rosa Parks’ actions at the beginning of the civil rights movement. “In the humblest places resides the power of the miracle,” Belafonte said:

Harry Belafonte talks with Kojo about how he got into singing and his very first days performing at “The Royal Roost” with the likes of Charlie Parker and Miles Davis:

Harry sings an African song, “Turn the World Around,” about the interconnection between fire, water, mountain and spirit, accompanied by Muppets based on African masks: