The Latest On Amazon’s HQ2

The Latest On Amazon’s HQ2 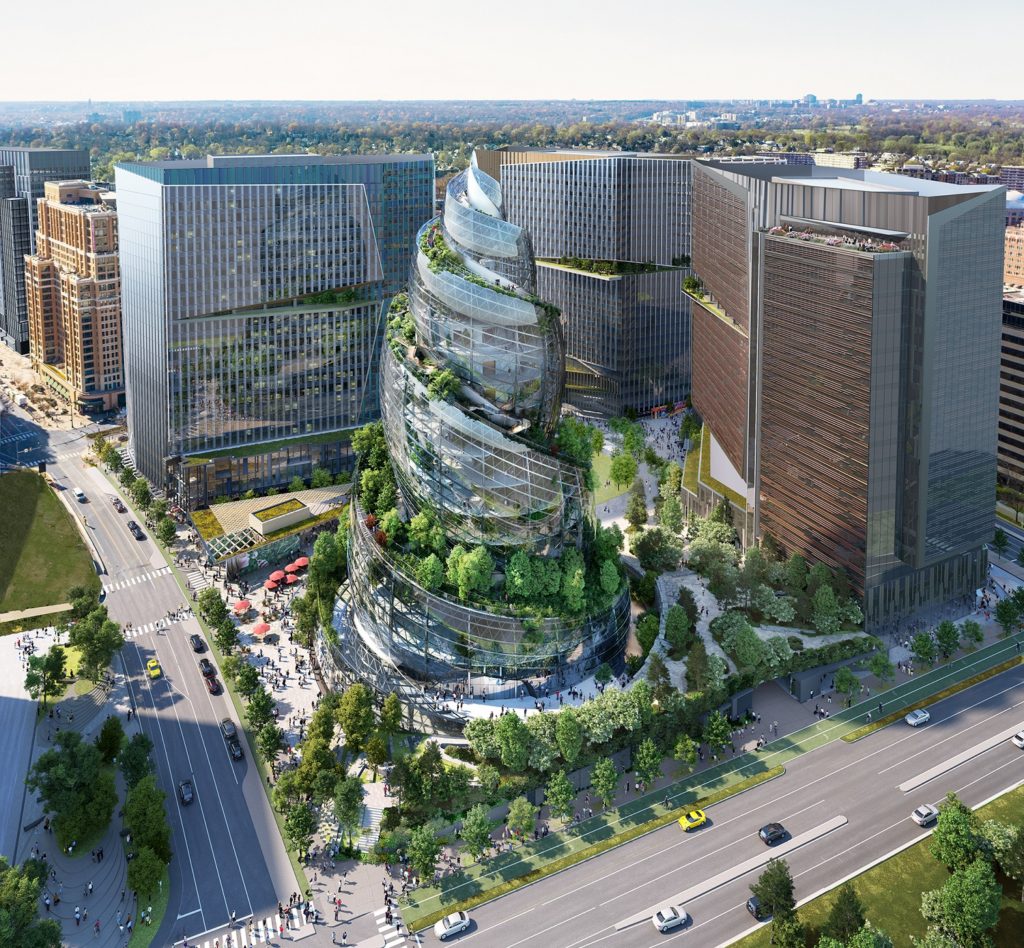 An aerial view of Amazon's double helix building, part of design plans for the company's HQ2 in Arlington. Courtesy of NBBJ/Amazon

Last week Amazon’s unveiling of plans for a “Helix” tower as part of their HQ2 drew nationwide attention. The company said the structure, which will form part of their PenPlace site, will feature more than 2.5 acres of open spaces, an amphitheater, retail shops and restaurants throughout, as well as a 1,500 person meeting space, among other features. By 2030, Amazon has said their HQ2 will have at least 25,000 employees.

Besides the latest news on HQ2, Amazon also announced last week that CEO Jeff Bezos would step down, to focus on other aspects of the company. But while these plans have been in the national spotlight, what do they mean for Arlington and the greater D.C. region? And how might the double helix structure change the Crystal City skyline as we know it? We’ll discuss HQ2’s progress so far, and what’s yet to come.