The Muslim Ban Is Gone. What’s Next For Local Families?

The Muslim Ban Is Gone. What’s Next For Local Families? 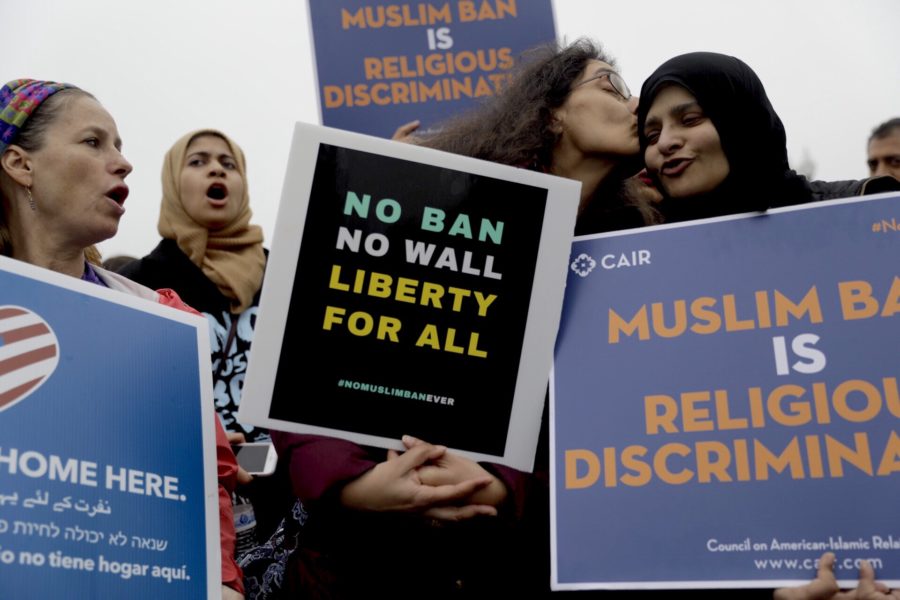 Supporters of immigrants and refugees gathered outside the Supreme Court before arguments over the Trump Administration’s travel ban. Tyrone Turner / WAMU

As a candidate, Donald Trump called for a “total and complete shutdown” of Muslim entry into the U.S. He didn’t get that as president, but he did manage to shut America’s doors to thousands of people from Muslim-majority countries with a ban widely decried as blatantly racist.

In one of his first acts as president, Joe Biden lifted the ban. But its effects persist. What have local families suffered under the ban? Can its damage be reversed? And how are Muslim advocates trying to assure that such a ban never happens again?