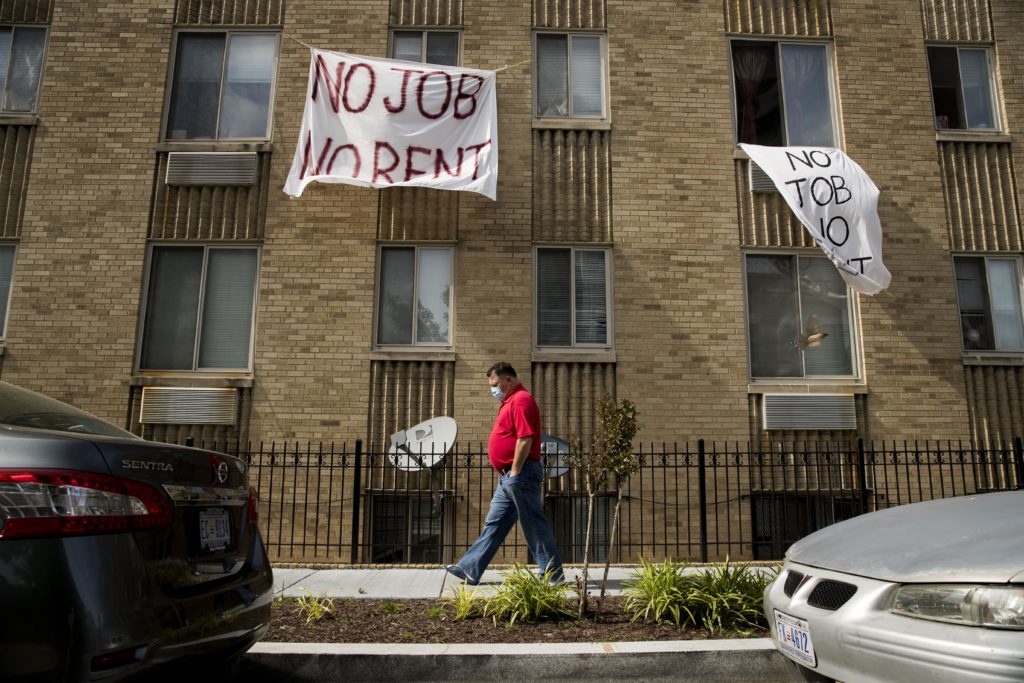 Signs that read "No Job No Rent" hang from the windows of an apartment building during the coronavirus pandemic in Northwest Washington - May 20, 2020. COURTESY OF AP

Employers nationwide cut 140,000 jobs last month (the first decline since April), with the unemployment rate remaining unchanged at 6.7%. We do not yet know D.C.’s unemployment numbers for December, but throughout the pandemic its unemployment rate has remained slightly higher than the national average. And in November it was 7.5%.

With so much sustained unemployment, many have been unable to pay their rent and have had to make tough financial decisions.

So, how are our local and federal governments helping the millions of people who are struggling to pay their rent, and the landlords who are not receiving rent from them?

There is a federal eviction moratorium and one in D.C. (both of which have been extended several times), with the federal moratorium set to end at the end month and the District’s ending on March 31. And though Maryland and Virginia have put protections in place for renters, loopholes mean eviction is still possible. But all eviction moratoriums will expire at some point. What will happen then?

And could rent be simply canceled?