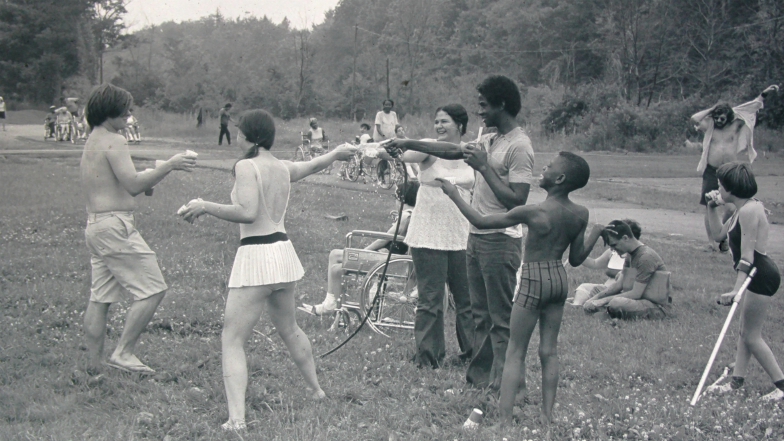 A scene from the Netflix documentary "Crip Camp: A Disability Revolution," which was directed by Nicole Newnham and Jim LeBrecht. Courtesy of Netflix

Netflix released “Crip Camp: A Disability Revolution” in March, a film which won the audience award at the Sundance Film Festival and critical acclaim from reviewers.

A project of Barack and Michelle Obama’s Higher Ground Productions, the film follows those who spent their 1970s summers at Camp Jened, a place where inclusion was the rule. Many of those campers went on to become leaders in the disability rights movement, taking bold action to bring about legal changes that paved the way toward the Americans With Disabilities Act.

But the activists who put their lives and livelihoods on the line know the fight for inclusion is far from over. We talk to the makers and subjects of the film, and to a young local activist who is carrying the fight forward.