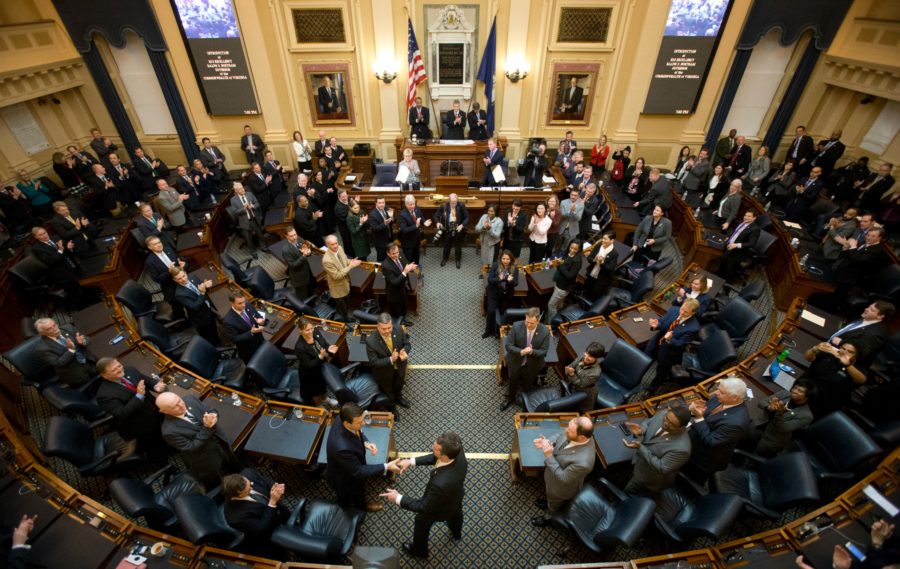 Martin Luther King, Jr. Day is traditionally Lobby Day in Richmond, when concerned Virginians take center stage. But this year, Second Amendment activists are coming to the Capitol from all over the country. And some of them say they intend to come armed.

The Federal Bureau of Investigation has arrested three suspected Neo-Nazis who had obtained firearms and planned to participate in the rally. The New York Times reports that armed militants and white nationalists have talked online about making Monday’s protest the “boogaloo” — in white supremacist internet parlance, the hypothetical watershed moment that kicks off a race war.

Virginia Governor Ralph Northam has declared a state of emergency through Tuesday, and temporarily banned firearms from the Capitol grounds. His administration has also pushed back publicly against conspiracy theories and fake reports that Northam would cut gun owners’ phone and internet lines, and even “have [them] killed.”

Gun policy has been contentious in Virginia for some time, particularly in the wake of last year’s mass shooting in Virginia Beach. Many smaller jurisdictions in Virginia have already declared themselves “Second Amendment Sanctuaries”, a title with shaky (if any) legal standing. With Democrats now in power and proposing a myriad of attempts at gun control, the firearm debate is as fiery as ever — and a clean solution is just as hard to come by.