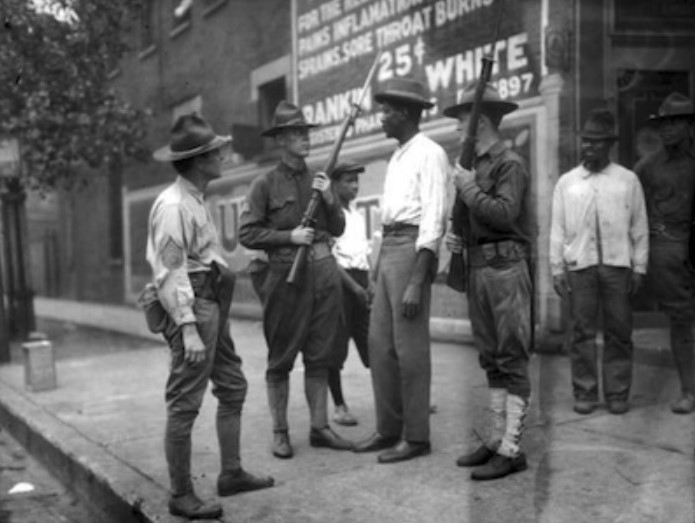 Weeks of media hysteria. Hundreds of black men arrested. 500 guns sold in one day. A riot. As many as 39 people dead and 150 injured.

The race riot that took place in the District from July 19 to July 24, 1919 — one of a series of race riots that unfolded across the country in what came to be known as the Red Summer — is a chapter of the city’s history that is not taught in most history books. But some historians say that even though the riots did not lead to immediate change in D.C., the riots momentarily united the African American community in the District — a community that had long been divided by class and economic status. And the events of the Red Summer laid the foundation across the country for the integration of American troops during WWII.

We’ll learn more about the events that led to the race riots of 1919 in D.C., and the role that the military and the media played in heightening tensions during a summer of unrest.