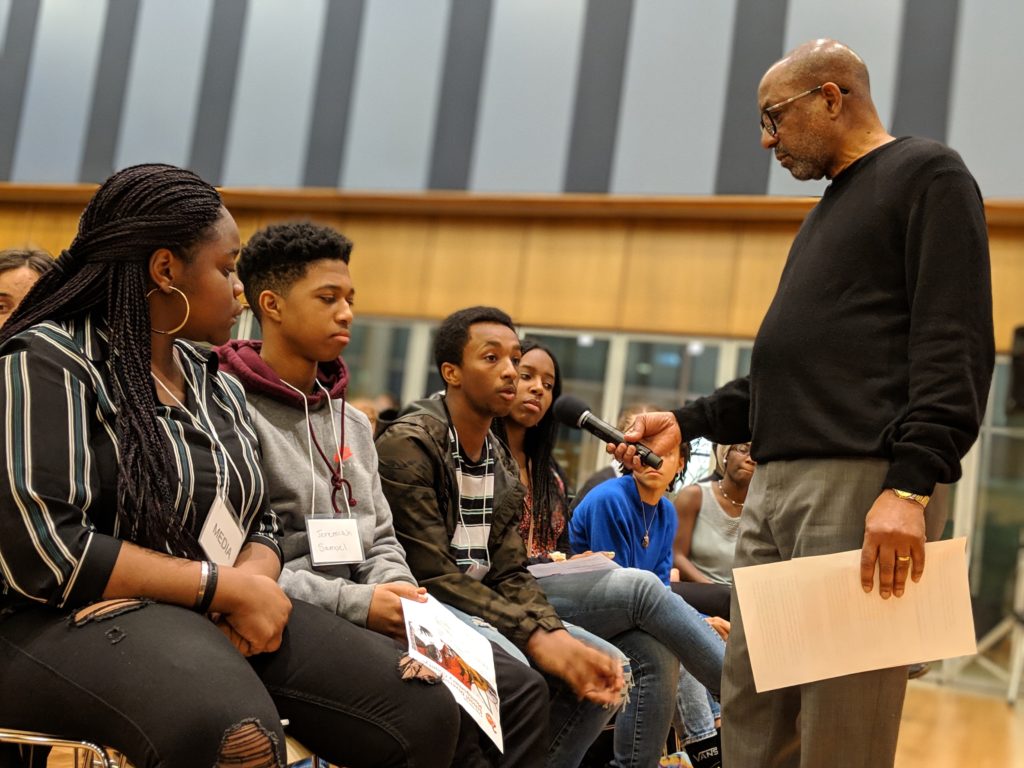 The school system in Montgomery County, Maryland, is one of the nation’s largest, and its schools are among the top performing. But like many jurisdictions in the Washington region, as Montgomery County grows — and as its student population becomes more diverse — its schools face a series of challenges: overcrowding, a persistent racial and socioeconomic achievement gap, and sticky questions about redrawing school boundaries.

As part of a series of events marking Kojo’s 20th anniversary on the air, we hosted a town hall discussion to hear what parents, teachers, students and school officials think about school boundaries and the achievement gap in MCPS.

This conversation has been pre-recorded and edited for air.

Student Debate: Diversity In Schools And the Achievement Gap

To kick off the Kojo Roadshow on diversity in Montgomery County schools, students from the Springbrook High School debated whether greater student body diversity could affect the achievement gap. Listen to the debate here.