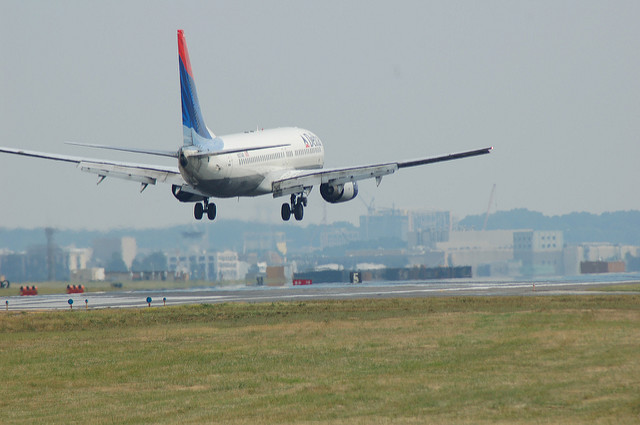 A flight takes off at Ronald Reagan National Airport in Virginia. David Brooks

A new Federal Aviation Administration program called NextGen has increased efficiency for airports around the nation. But more flights mean more noise, and the number of disgruntled local residents has only grown over the years. In Maryland, complaints from people who live near airports motivated Governor Larry Hogan to ask the state’s attorney general to sue the FAA over the frequent, loud flights. Kojo gets an update on Washingtonians’ fight against airport noise with a local transportation reporter and a resident attempting to find a solution with the largest airport in Maryland.