What’s It Like To Be A Trump Supporter In D.C.?

What’s It Like To Be A Trump Supporter In D.C.? 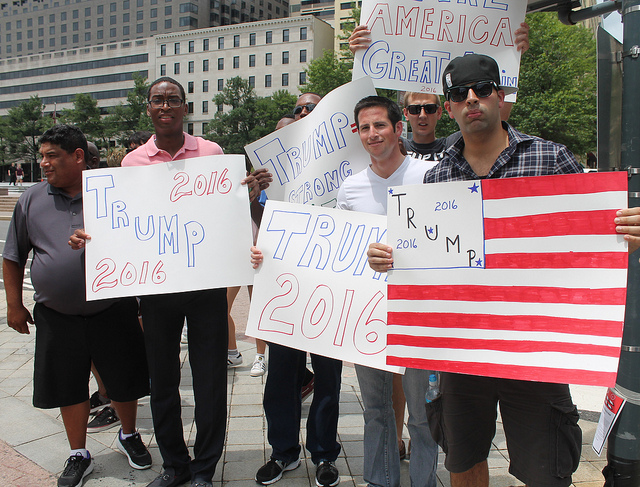 Trump supporters counter a protest across from Freedom Plaza on Pennsylvania Avenue at 13th Street, NW, in 2015. Elvert Barnes

Jeff Giesea says he isn’t what most people expect a Trump supporter to be – he’s a gay, Stanford-educated resident of a city Hillary Clinton carried by over 90 percent. But Giesea says broad stereotypes are part of the problem with modern politics, where common ground is often hard to find. He’s organizing an inauguration “DeploraBall,” and he joins us to talk about the current political climate, and why he thinks those on the left and right are coming from a place of good intentions.