Taking The Statehood Fight To The Streets

Taking The Statehood Fight To The Streets 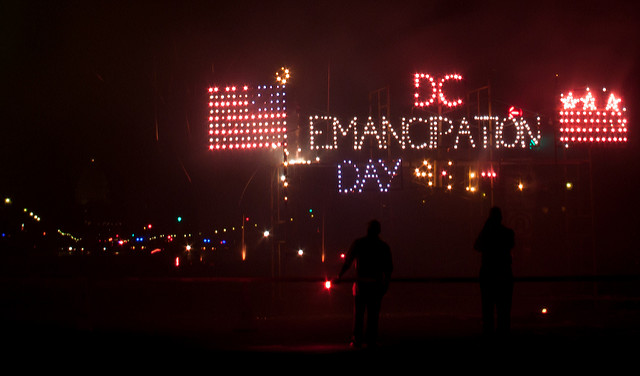 April 15 will be a public holiday in the District, marking the emancipation of the city’s slaves by Abraham Lincoln in 1862. But some in the nation’s capital will be fighting for a different kind of freedom. D.C. statehood activists will be marching on the U.S. Capitol to protest the city’s lack of congressional voting rights. We talk with organizer Josh Burch about the action and the future of the District’s struggle for representation and statehood.