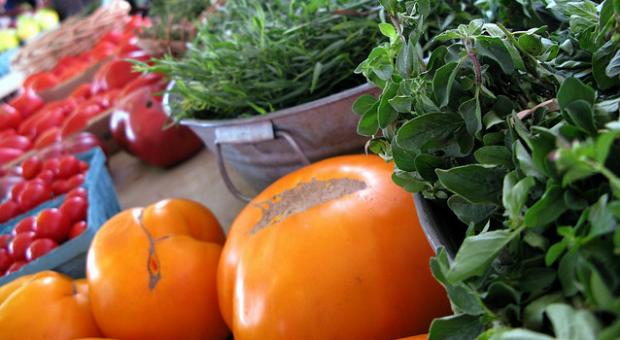 Millions of Americans are embracing the mantra “Think Global, Eat Local”: buying from local farmers, eating organic meats and dairy and using more seasonal ingredients. The so-called “locavore” movement grew out of a critique of globalized, industrial agriculture. But Charles Kenny says our “First-World food fetishes” are actually hurting the world’s poorest people, by suppressing scientific innovation and threatening agricultural jobs in developing countries. We examine what it means to be a globally conscious grocery buyer.

Have the benefits of Locavore Eating Been Oversold?

Over the last decade, food lovers and public health advocates have placed a new premium on eating fresh, seasonal produce and meat from nearby farms. Today, Restaurants tout their relationships with local farmers. Farmers markets are expanding across the Washington region. City governments are experimenting with new ways to bring fresh, local produce into urban “food deserts”.

Can You Change the World By Changing What You Eat?
Many see this renewed focus on local food as an antidote to the excesses of American industrial agriculture. But is it really possible – or advisable – to rewire our global food economy by changin what we buy?

Charles Kenny says “no.” In a recent essay in Foreign Policy Magazine, he says our “First-World food fetishes” are actually leading to bad public policy that may end up hurting the environment and poor people in the developing world. Specifically, he argues that:

Is Local Better?
WAMU 88.5 Reporter Sabri Ben-Achour recently explored the complex math of determining food’s environmental impact (Via Metro Connection). He found that “delivery from farm to market is about 4 percent of all the emissions it takes to produce food in the U.S. By one estimate, 83 percent of our carbon footprint for food happens before that food ever leaves the farm.”

Kenny cites a controversial academic study, which found that it was four times more energy efficient for British consumers to buy lamb from New Zealand than from domestic producers. Many food advocates have disputed that report from Lincoln University in New Zealand, questioning its methodology and noting links between the researchers and the country’s export industry.

What Do You Think?