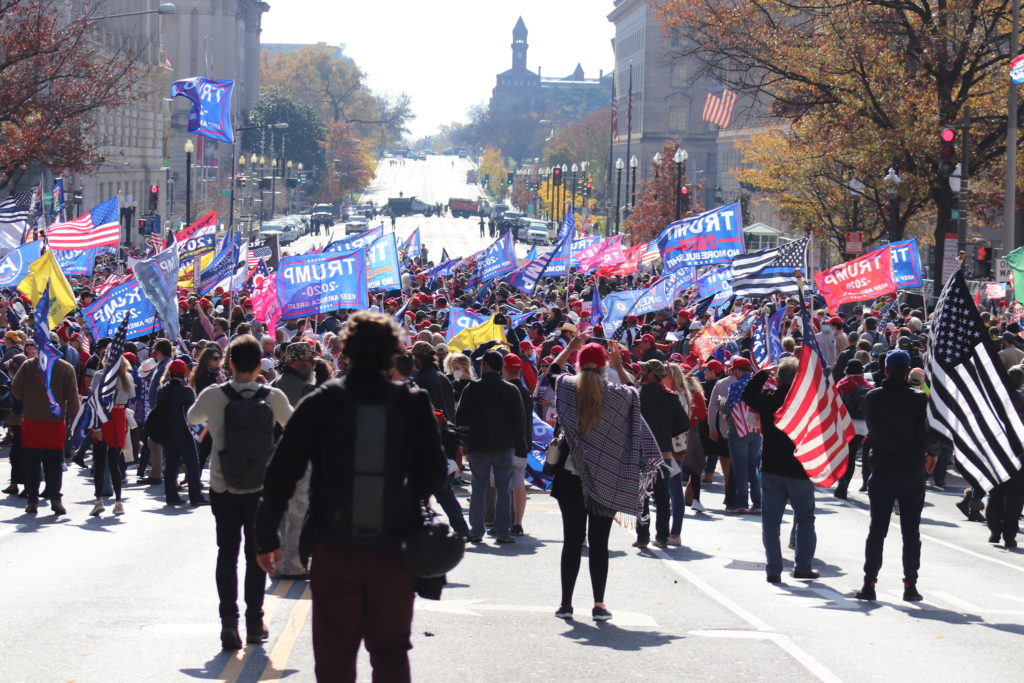 Trump supporters and far-right groups descend on D.C. this week to protest the results of the presidential election, egged on by false claims from the president that he won reelection. Local officials are urging residents to stay away from the demonstrations out of concerns that protesters will incite violence like they did in December. And members of right-wing groups have discussed on social media sites how to bring guns into D.C., which doesn’t allow open carry and prohibits concealed carry on federal land and near protests.

The National Parks Service’s Mike Litterst tells us about NPS’ preparations for the protests. WAMU’s Daniella Cheslow joins us live from the demonstrations. And we hear from Dana Fisher, a professor of sociology at the University of Maryland and author of “American Resistance,” about how protests have changed during the Trump presidency and the pandemic.