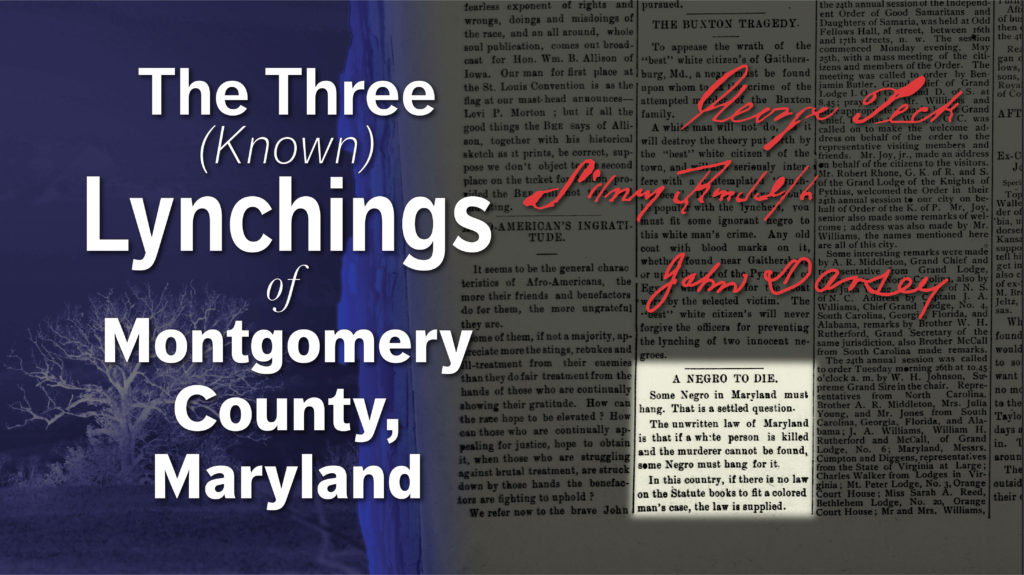 After this summer’s racial reckoning, the nation is still wrestling with how to solve issues of racial inequity and address a complicated past. Our region is not exempt. But one local filmmaker hopes to bring light to an ugly part of our local history in his new documentary.

Jay Mallin’s “The Three (Known) Lynchings of Montgomery County, Maryland” details the lynchings of three Black men that took place in Maryland’s most populous county in the 19th century. Mallin drew inspiration from Bryan Stevenson’s book “Just Mercy,” which urged people to look into their own local history and the racism in their neighborhoods.

What can our region learn about our troubled past? How have these men been commemorated? And how are we addressing the lingering effects of these acts of violence?