Playing With A Purpose: Athletes Protest Against Racial Injustice

Playing With A Purpose: Athletes Protest Against Racial Injustice 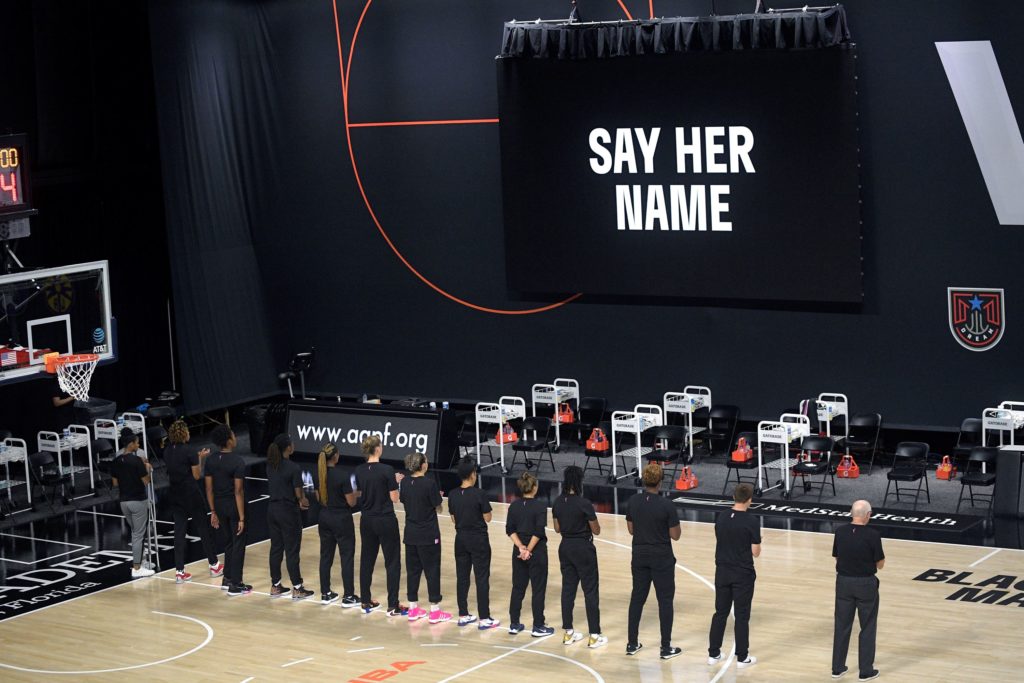 Members of the Washington Mystics team stand in silence before a WNBA basketball game against the Connecticut Sun in August. Phelan M. Ebenhack / AP

If you’ve seen any NBA or WNBA bubble games, you’ve likely noticed some differences. “Black Lives Matter” is painted on the courts, pre-approved social justice messages are emblazoned on the back of players’ jerseys and athletes are kneeling and locking arms during the National Anthem.

The NBA and WNBA aren’t the only leagues dedicating the season to social justice efforts, as the MLB, NHL and MLS are taking steps toward social justice advocacy and the NFL has plans to support player protests. Athletes, including Washington Mystic Natasha Cloud and Washington Wizard Bradley Beal, are organizing their own protests and encouraging their followings to vote and organize.

But, is sports the right medium to promote these causes? Should there be a line between sports and politics? Or should we expect more from professional athletes?