Marginalized Communities In D.C. Are Already Struggling. Climate Change Will Make That Worse.

Marginalized Communities In D.C. Are Already Struggling. Climate Change Will Make That Worse. 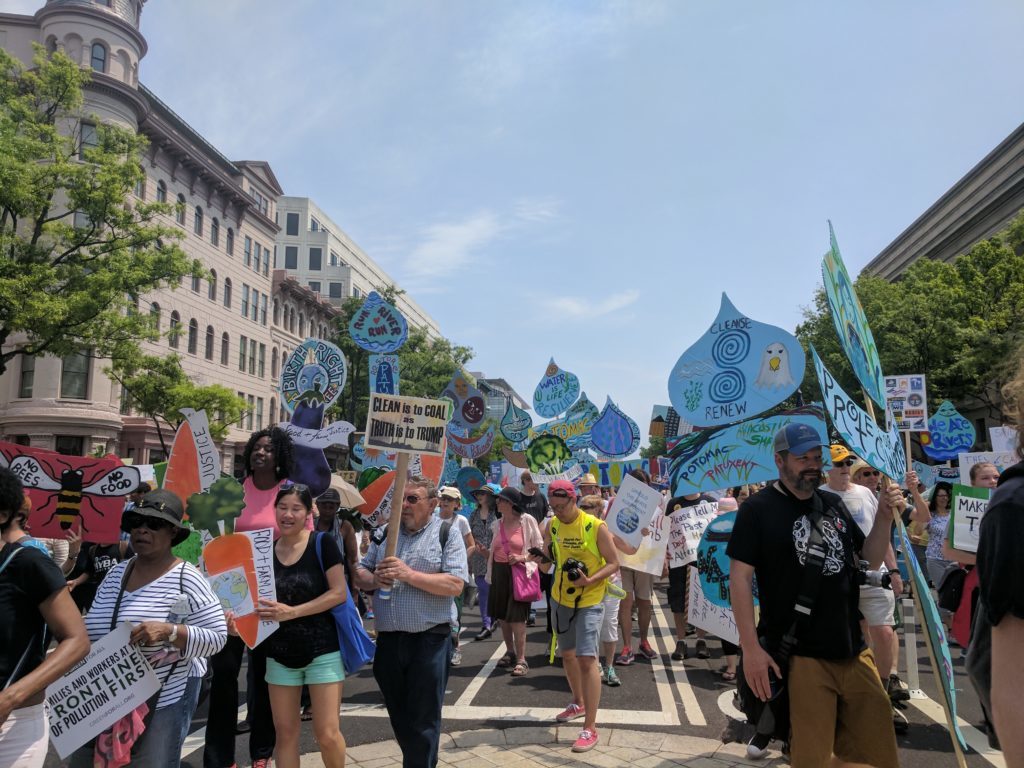 Thousands of people showed up to the People’s Climate March in 2017. Rachel Sadon/DCist

A long, hot, wet summer in D.C. brought a number of environmental issues to the forefront — from dangerous algae to extreme heat to widespread, sometimes catastrophic flooding.

Everyone will be affected by climate change, but already-marginalized communities are especially vulnerable. Projections show that neighborhoods east of the Anacostia will be especially vulnerable to flooding and water contamination in the coming decades. Excessive heat is the largest cause of weather-related deaths, has been since the 1980s, and disproportionately kills those without consistent access to air conditioning. And poor air quality, in tandem with little or no access to healthcare, can become deadly.

A recent paper coauthored by a researcher at American University suggests that “climate justice” needs to be at the center of efforts to improve D.C.’s resilience. That requires tackling inequalities that already exist, as a means to prevent the gap from widening. But it also requires the ability to translate social justice principles into actual policies.

We’ll introduce you to that AU researcher, as well as D.C.’s first-ever Resilience Officer and a local reporter who’s covering climate change on the ground.

The Kojo Nnamdi Show is providing special coverage on climate issues this week as part of Covering Climate Now, a global collaboration of 250 news outlets designed to strengthen coverage of the climate story.