Frame Of Mind: Punk, Women, And Photography In D.C.

Frame Of Mind: Punk, Women, And Photography In D.C. 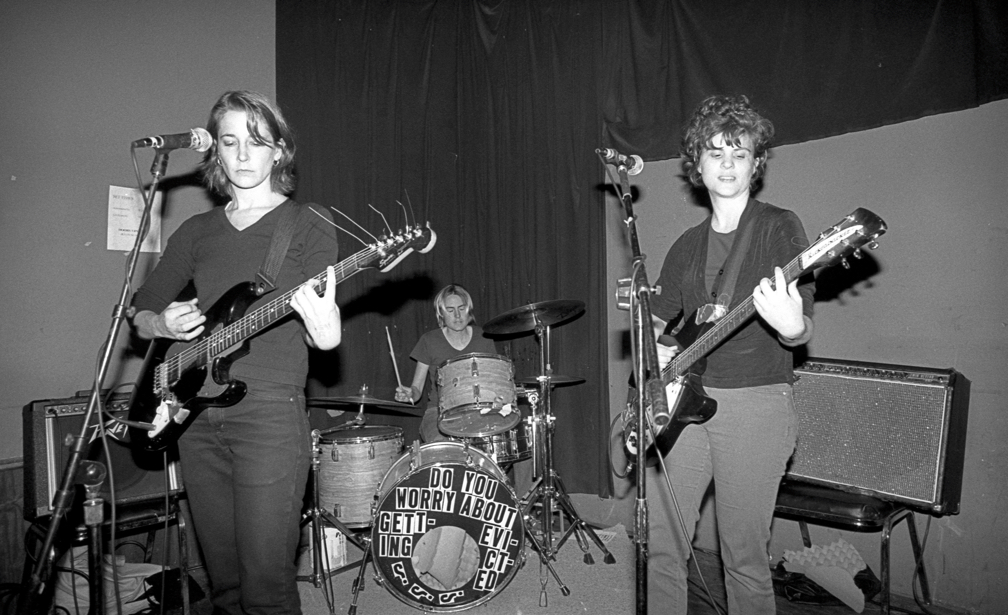 Many books have been written, and documentaries produced, about the early days of punk in Washington, D.C. and the bands that shaped the sound of hardcore in the eighties. A new book, though, compiles photos of the D.C. region’s punk scene from the late nineties to today. “Frame of Mind: Punk Photos and Essays from Washington, D.C., and Beyond, 1997-2017” includes photos of local bands like Priests, Coup Sauvage and the Snips and Ex Hex, as well as national ones like Babes in Toyland, Melvins and L7. The book also features writings by women who played in bands, produced shows, and opened up venues around the District.

We talk to the author of the book, photographer Antonia Tricarico, and two its contributors, Natalie Avery and Lely Constantinople, about punk and photography, the importance of visually documenting local arts and music movements, and the roles of women in D.C.’s punk scenes.

Check out the playlist below featuring punk by D.C. women, and scroll down to see photos by Antonia Tricarico and other local punk photographers.