Latest Plan To Cure Maryland Gerrymandering Is Vetoed. What Next?

Latest Plan To Cure Maryland Gerrymandering Is Vetoed. What Next? 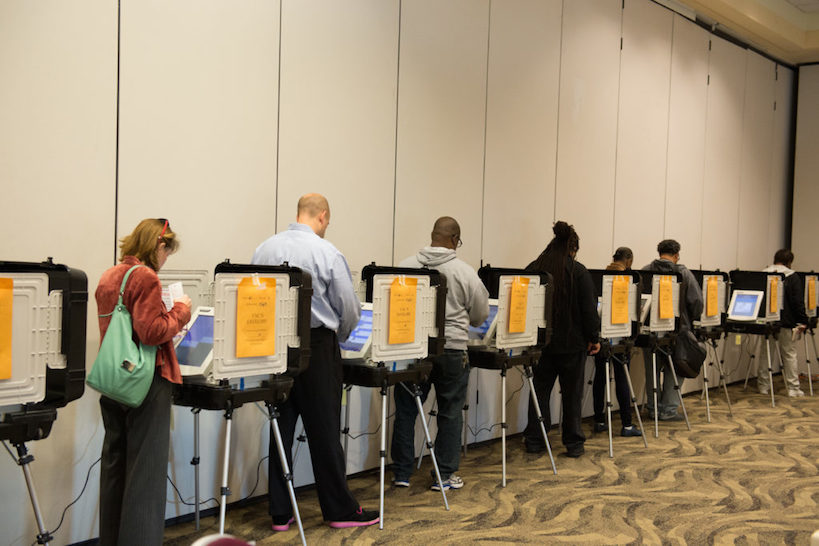 Maryland’s elected officials are at odds over how to move forward with redistricting reform in the state, which is recognized as one of the most gerrymandered nationwide. Governor Larry Hogan recently vetoed the plan passed by Democrats in the General Assembly that would only redraw Maryland’s congressional lines if five other states agree to do the same. In those five states, gerrymandering tends to benefit Republicans. In Maryland, it tends to benefit Democrats. Advocacy groups supporting the governor say other states are unlikely to follow suit, and that the bill is just a distraction and delay to much-needed reform. Kojo explores what happens next when it comes to redistricting in Maryland.