Maryland Vs. Trump: How The New President Affected This Year’s Bills

Maryland Vs. Trump: How The New President Affected This Year’s Bills 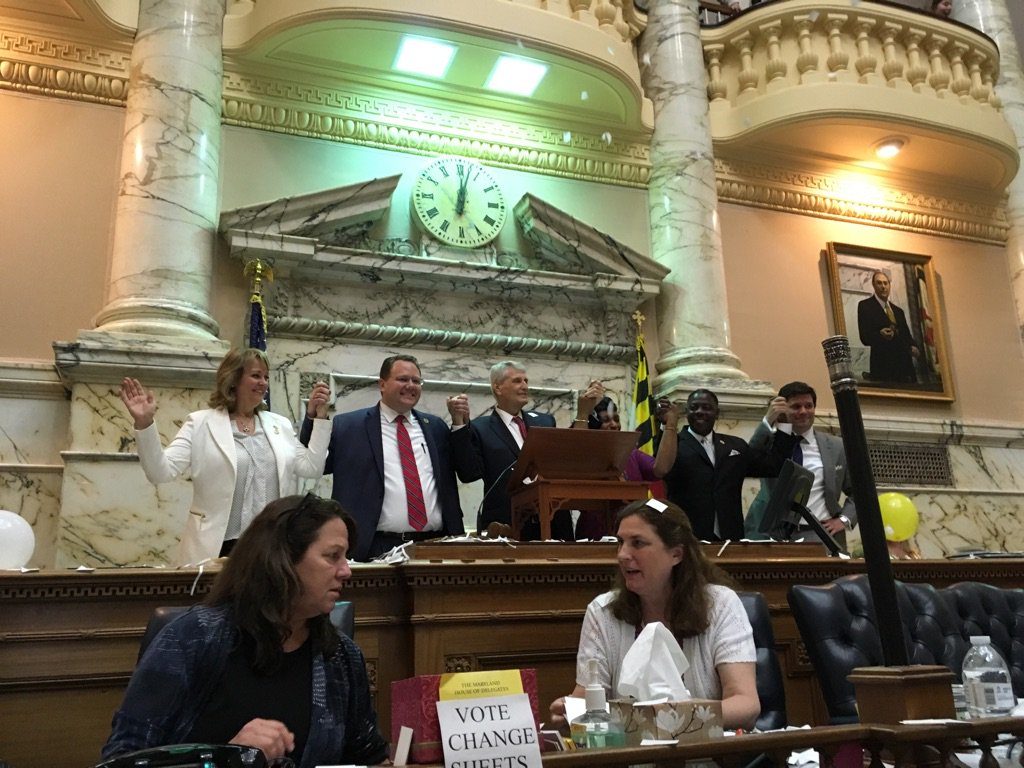 The Maryland General Assembly capped a whirlwind session by passing a number of bills meant to safeguard the state’s progressive values against a conservative agenda pushed forward by the Trump administration and a Republican-controlled Congress. Kojo analyzes the moves made on medical marijuana, paid leave, local ethics and more with a reporter stationed in Annapolis, Md.

WAMU 88.5 is exploring the local impact of the new administration. Learn more about The Trump Effect.

Maryland's lawmakers wrapped up their 2017 legislative session on Monday, passing a number of bills that suggest a strong opposition to the country's new president and a Republican-controlled Congress. Here are the five biggest takeaways from the past three months of debate. 1. It's Maryland vs.