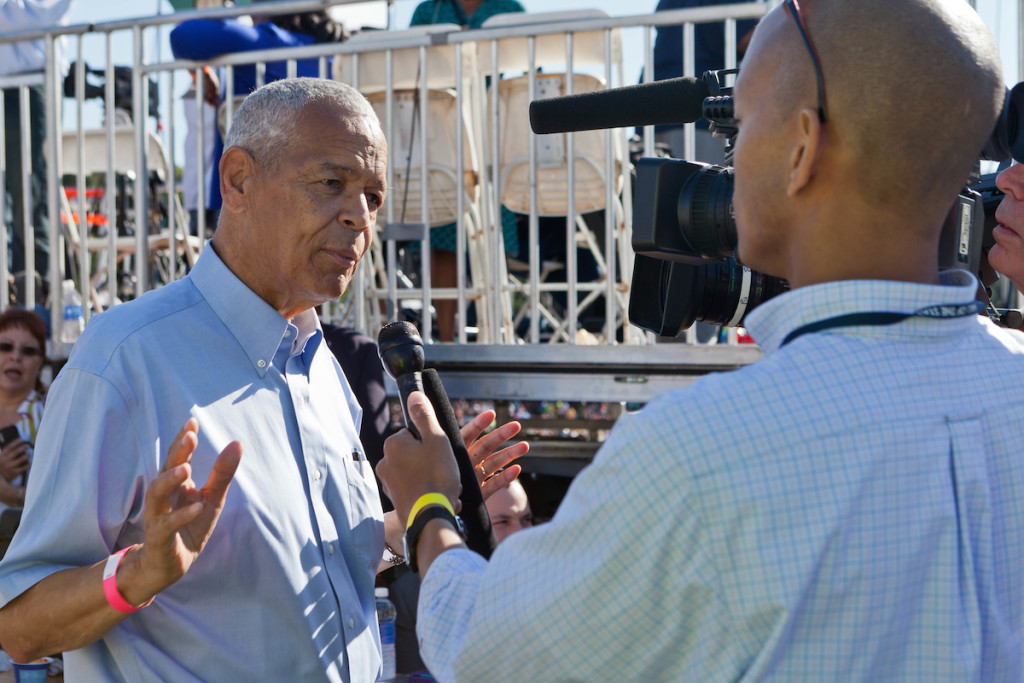 Civil Rights Activist Julian Bond being interviewed at the 50th Anniversary of the March on Washington on Saturday, August 24, 2013, in Washington, D.C. Anthony Washington

Julian Bond, a major figure of the civil rights movement, died Saturday at the age of 75. He was a founding member of the Student Non-Violent Coordinating Committee, co-founded the Southern Poverty Law Center, and served in the Georgia state legislature for decades. He later led the NAACP, and continued to work tirelessly for equality and justice. We remember his life and legacy with U.S. Rep. Eleanor Holmes Norton (D-D.C.) and filmmaker Aviva Kempner.