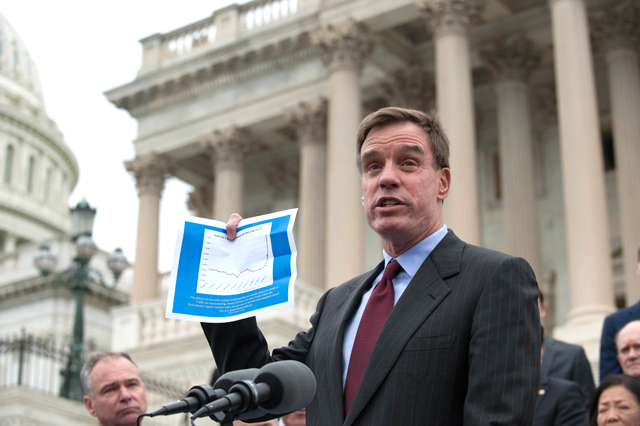 Warner speaks during a Democratic rally against the October 2013 government shutdown. https://flic.kr/p/gv16PC

For more than a decade, Sen. Mark Warner has survived shifting political fortunes and swinging voter sentiment to remain Virginia’s “Teflon Democrat.” But the Old Dominion’s famously centrist political star received a wake-up call in November’s election, barely keeping his seat in a too-close-for-comfort vote. Now Warner starts his second term tackling local issues with international ripple effects — off-shore drilling and the budget, for starters — in a Republican-dominated Congress. Kojo sits down with Sen. Warner to discuss his priorities during the 114th Congress.