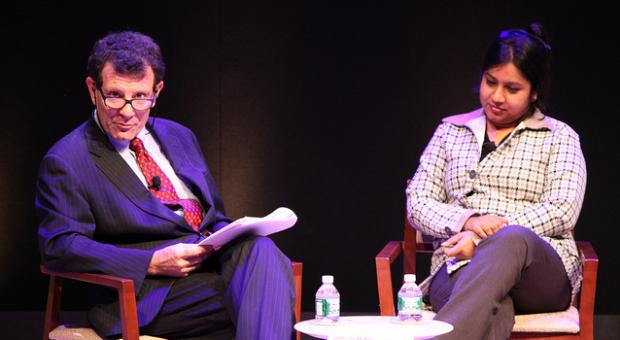 Americans are among the most generous donors to charity in the world, yet we often know very little about the groups we support. Where does all their money go, and whom does it really help? New York Times columnist and author Nicholas Kristof joins us to examine how to be a high-impact donor and why both journalists and charities often struggle to make people care about far-away hardships.

New York Times reporter Nicholas Kristof said working with celebrities to raise awareness of charitable causes can be a “thorny problem.” His books, “Half The Sky” and “A Path Appears,” were both turned into documentaries featuring notable names and faces. Kristof said there is the risk of demeaning serious issues when star power is used to inspire Americans. But it’s one that’s been worthwhile for Kristof. “It became clear that if we could leverage the interest in celebrities and attention that is constantly following them, so that some of that light falls on people who need that attention much more, then that would be really very productive,” he said.