The Very Best Books Of The Decade 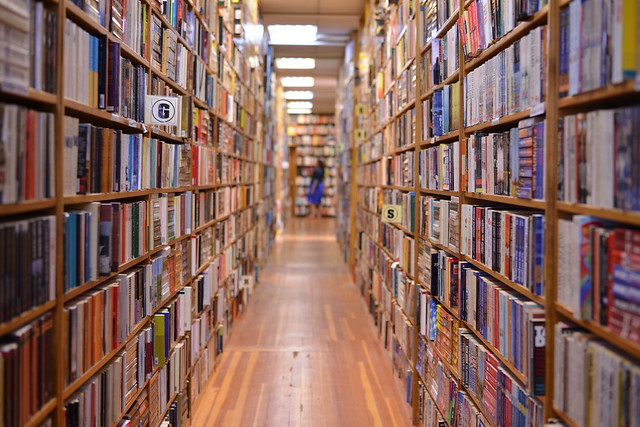 How do you choose the best books you read in the past 10 years when you’re constantly reading? An impossible question, but we asked anyway. Here’s what three local luminaries told us.

Good grief — this is hard! But here are five books that I still remember making me feel, as Dickinson once wrote, “as if the top of my head were taken off.”

The Underground Railroad by Colson Whitehead

A genre-blending historical novel about a woman running from slavery.

A gorgeous novel about a marriage built on love and deception.

That rarest of creatures: a great comic novel.

The Overstory by Richard Powers

This novel about trees and the people who love them is the most monumental environmental novel of our era.

The Narrow Road to the Deep North by Richard Flanagan

This story about prisoners of war forced to work on the Burma Railway in 1943 is one of the most devastating war novels of all time.

A middle grade chapter book written with style and heart that has influenced every interaction I’ve had with a kid in the past few years. It’s got style, heart, and is incredibly real.

I love fantasy and science fiction and there is a reason Jemisin has won the Hugo award 3 times for every book in this series. It’s someone in complete mastery of the world, the adventures, and their characters. It smashed through every stereotype of a fantasy novel and gripped me.

When people come into the store and cold-ask me what they should be reading, I ask them if they’ve read Homegoing yet. It’s insane to me that this is a first novel — it fits hundreds of years of the history of two families inheriting the legacy of slavery through to today. It’s gorgeous and seamless and I love it. A great book group read as well which is a plus.

Lincoln in the Bardo by George Saunders

Every rule about writing broken and thank glorious god. Saunders is known for his short stories and so this epic work dealing with the space between life and death and the good grief has on our souls may be long but every word is chosen with care. Bonus the audiobook is done with hundreds of actors as a radio play and it’s fantastic.

How to be an Antiracist by Ibram X Kendi

This book JUST came out but I think it’s going to guide a lot of us into the next decade of change. Kendi brought an academic conversation into the much needed everyday discourse. It’s taking us past the usual excuses and defenses into action.

Rion Amilcar Scott, Author of “The World Doesn’t Require You”

How to Write an Autobiographical Novel by Alexander Chee

Every essay, every sentence is so wonderfully constructed that each is a joy to read.

The Sellout by Paul Beatty

Funniest book of the decade, but the laughs often feel illicit, like “Should I be finding this funny?” But on the other side of the chuckles is a profound understanding of what Black life in America feels like.

Claudia Rankine bursts boundaries in this book to create a work that is at once poetry, but also a groundbreaking work of cultural criticism.

Quite simply a work of genius. It has the feeling of attending a musical performance out of another time, and at the end all you can do is stand and applaud.

Before You Suffocate Your Own Fool Self by Danielle Evans

Taken together, these stories give us a vision of the dangers and joys of Black womanhood.