So, How Can You Recycle Your Clothes? (And Other Questions You Asked About Thrifting) 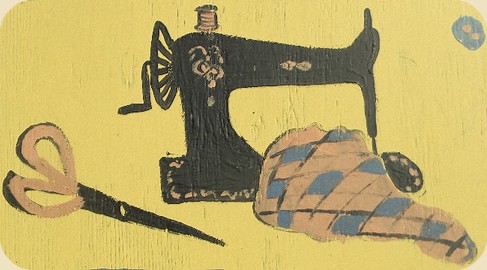 On today’s show, D.C. Sustainable Fashion Collective co-founder Kaveri Marathe told us about her reasons for shopping for clothes almost entirely secondhand. The environmental impact of creating a simple cotton T-shirt, she says, is staggering–and so is the cost of throwing the same garment away a year or two later.

“Americans throw away something like 70-80 pounds of clothing every year, on average,” she told us. “And the vast majority of that is going into the landfill and not being recycled.”

But here’s the good news: it’s possible to recycle clothes. “Clothing that can’t be reworn again–if it’s in really bad condition, if it’s holey if it’s stained–can be downcycled,” explained Marathe. “It gets shredded and turned into things like insulation, carpet padding, stuffing in cushions.”

A bunch of you wrote in to ask: So then how do I recycle my clothes?

Here’s Marathe’s answer to that question, as well as a few others we didn’t get a chance to ask on the show.

Where can I take my clothes to be recycled?

Many thrift stores or clothing charities will have an existing process for sending unwearables to a clothing recycler, either here in the United States or overseas. So you can probably include holey or stained garments in your donation bag with other clothes that are in better shape.

Marathe recommends calling the charity you’re considering donating to and double checking that their textile waste isn’t going into a landfill. “Ask them, ‘Do you actually divert the unwearables? And is it okay if I include them?’” she suggests.

And if you’re having trouble finding a place that recycles clothing, Marathe says that H&M stores offer textile recycling, usually in a bin near the cash register. “You can go and drop off any textile, clothing or linen,” she says, noting that they don’t take shoes.

Do I need to do anything to the clothes for them to be accepted for recycling?

“[Your garment] should definitely be laundered and dry before you drop it off,” says Marathe.

Are there any clothing items that I shouldn’t recycle?

The majority of clothing is recyclable. But with a few important qualifiers, according to Marathe. “If you have something that’s either really stained with oil or paint, or if it is mildewy and damp — those are the categories that you should throw in the trash,” she cautions.

Can you recommend any clothing swaps in the area?

Ashley called in to the show to talk about how much she enjoys going to clothing swaps, as well as thrift stores. “There are some really great swapping communities in the D.C. area,” she told Kojo. “People can just bring a handful of clothes or accessories or any items, and you’re trading [them] with other people in the community.”

Ashley recommended SwapDC, which Marathe seconds. Her organization, the D.C. Sustainable Fashion Collective, is also hosting a swap with the Love and Solidarity Collective on September 2nd. And she says that you can almost always find local swaps through a quick search on Eventbrite or MeetUp.

Where can I learn about mending and/or restyling my clothes?

Several local events and organizations have opportunities to learn the basics of fixing wear and tear on garments.

The clothing swap Marathe is hosting will include a mending station, where people can get help fixing clothes. She also recommends checking out the D.C. Department of Energy and the Environment’s Fix-It Clinics, which include sewing, and sewing and mending pop-ups hosted by the D.C. Public Library.

Not up for mending your clothes yourself? Marathe can empathize. “I embarrassingly don’t know how to sew, so I just take things to a tailor,” she says. “Usually when there’s relatively small things — a seam is ripped — it’s pretty affordable.”

Should I be worried about the cleanliness of the clothes at thrift stores or swap?

Marathe says she’s never had a problem with clothing she’s brought home from a thrift store. But she recommends washing secondhand clothes in hot water before wearing.

Where can I learn more about sustainable fashion and environmental impacts of clothing?

The D.C. Department of Energy and the Environment has a ReThread DC initiative with further resources about textile recycling and upcycling.

Marathe’s organization, the D.C. Sustainable Fashion Collective, is hosting Unveiling Fashion, an event that will focus on the environmental and social impacts of the fashion industry, at the Corcoran School of Arts and Design on September 28. She also suggests checking out The True Cost, a documentary about the clothing industry, and the book “Overdressed: The Shockingly High Cost of Cheap Fashion” by Elizabeth Cline.