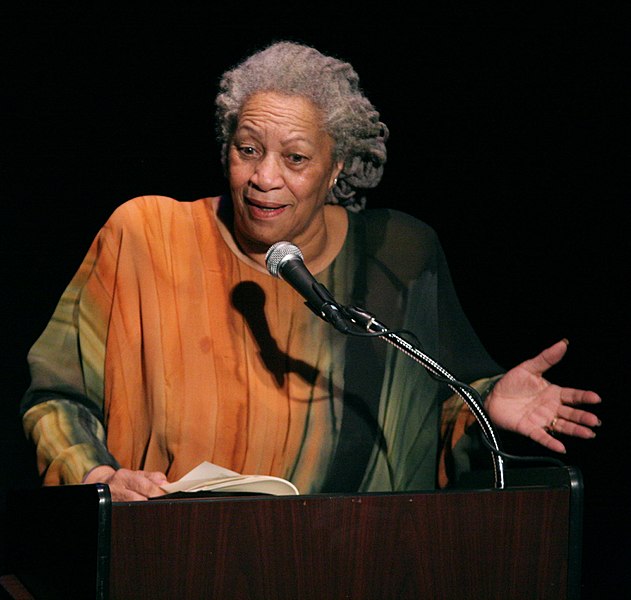 Pulitzer and Nobel Prize-winning author Toni Morrison died Monday at age 88. Though she’s no longer with us, her work lives on in the impact it’s had — and will continue to have — on readers here and around the world.

We asked people from the local bookstore and literary scene what Toni Morrison meant to them. Here’s what some of them shared with us:

“For more than four decades, Toni Morrison pushed the limits of literary imagination. Her work expanded what books are considered important and influential, challenged world views and gained critical acclaim. While her books often landed her on the list of the most challenged books in America, they remained staples in classrooms and are some of the most popular titles borrowed from libraries across the country. With her passing, America lost a giant.” — Richard Reyes-Gavilan, Executive Director of the DC Public Library

“Professor Morrison was an inspiration, surely, but also a declaration: we are here. One of our Loyalty booksellers put it this way: ‘For a people whose history was purposely removed, Toni Morrison made sure she helped us record our stories and create our stories with us at the center without apologizing for it. She fought to make sure we are seen in a place that continues to make sure we feel invisible.’

My understanding of Morrison was just that. She centered us and quelled the suggestion that she do otherwise with the most withering of stares. She spoke plain and complete. I had the pleasure or rereading The Bluest Eye for Loyalty’s chapter of the Well-Read Black Girl book club just last month. I had read it in college and recognized its brilliance, but didn’t connect. Now I latched onto its directness, its disinterest in coddling me. It made no apologies. It was a map to self.

When we sold one of her books it was an act of seeing and being seen. We have generations of writers now with the same intention. We choose to remember her by continuing to see, to read the printed legacy, and to carry forward without subjection.” — Hannah Oliver Depp and her team at Loyalty Bookstores

“Toni Morrison was one of the finest novelists this country has ever had. To read a book like Beloved was to be haunted by it. Her name will be writ large across the landscape of American letters forever.” — Aaron Beckwith, co-owner of Capitol Hill Books

“My introduction to Toni Morrison was when I read Beloved. The book made perfect sense to me: the agony of an enslaved black woman trying to save her child by murdering her, to save her from a life of bondage. It brought to light the profound love of a mother coupled with the pain and suffering that millions of mothers (and fathers) had to endure. The book spoke of suppressed trauma that festers and erodes and dangles like rotten meat.

Her poetic prose is as precious as the stories she told. I saw her once at a Smithsonian event, [and] she left an indelible impression that I have only witnessed a couple of times during a lifetime. Maya Angelou comes to mind. True literary royalty. She will be missed.” — Andy Shallal, founder of Busboys and Poets

“It is impossible to overstate the significance of Toni Morrison in American literature. There is before Toni Morrison and there is after. Sometimes I feel that her structural innovation and explosion of literary form gets overlooked in conversations about her work; it shouldn’t. But above all, her insistence on making the unseen seen, in their own lyrical, unbeholden words, changed the course of literature in this country.

I was lucky enough to work with her once, for GOD BLESS THE CHILD. What surprised me most about her it was how funny she was; I was quaking in my boots but she had a wicked, cranky sense of humor. She decided she liked me because I was cranky too, so I got even crankier for her and whispered terribly mean things to her all night even though I could barely contain my euphoria at making Toni Morrison laugh.

The most poignant moment of the evening came in the signing line. She had been talking to a reader about Ohio, and the town where she grew up, and she looked down at the book she had just signed. It said ‘Chloe Wofford,’  her given name. For the first time all night, she was visibly thrown off and she grew incredibly still. At first, I thought she was going to give the book back to me to get rid of, but after a pause she pushed it towards the customer. ‘Here, just take it. It might be worth something some day.’ And she sighed, and kept signing. She knew she wasn’t that woman anymore. She knew had become more than that in her guidance of all of us because she understood how deeply we needed her words to learn how to see ourselves, and a way forward.” — Liz Hottel, Director of Events and Marketing at Politics and Prose