A Brief History Of Drag In The District 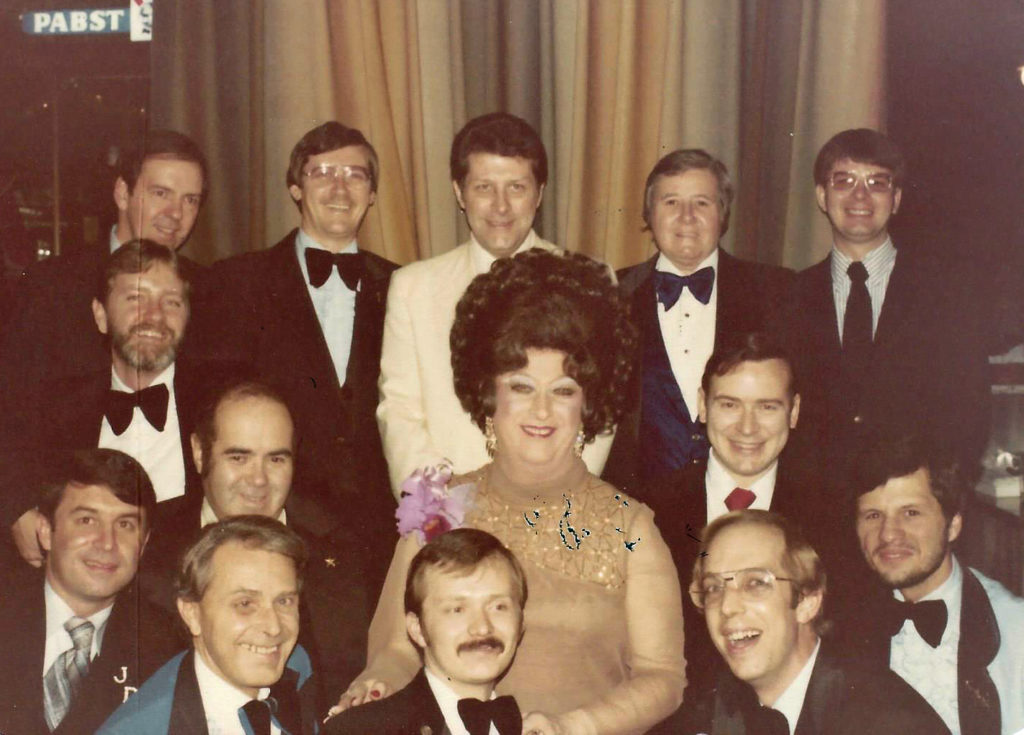 Carl Rizzi performed in drag as Mame Dennis (center). Rizzi led The Academy of Washington, a drag organization, from 1973 until his death in 2015. Above, Rizzi sits with his "nephews." Courtesy of Mark Meinke.

When his partner died of cancer in 1997, LGBTQ activist Mark Meinke started attending drag shows nearly every night to keep himself busy. He soon became the unofficial beat reporter of Washington’s drag scene. His newsletter, The Drag Rag, was filled with reviews of shows and interviews with local drag performers. In November 2000, Meinke co-founded The Rainbow History Project, a nonprofit that archives local LGBTQ history in the Washington area. Why? “Because there’s nobody else doing it,” said Meinke. “I was thinking of doing a history of drag in D.C. and looked around for archives and found none.” 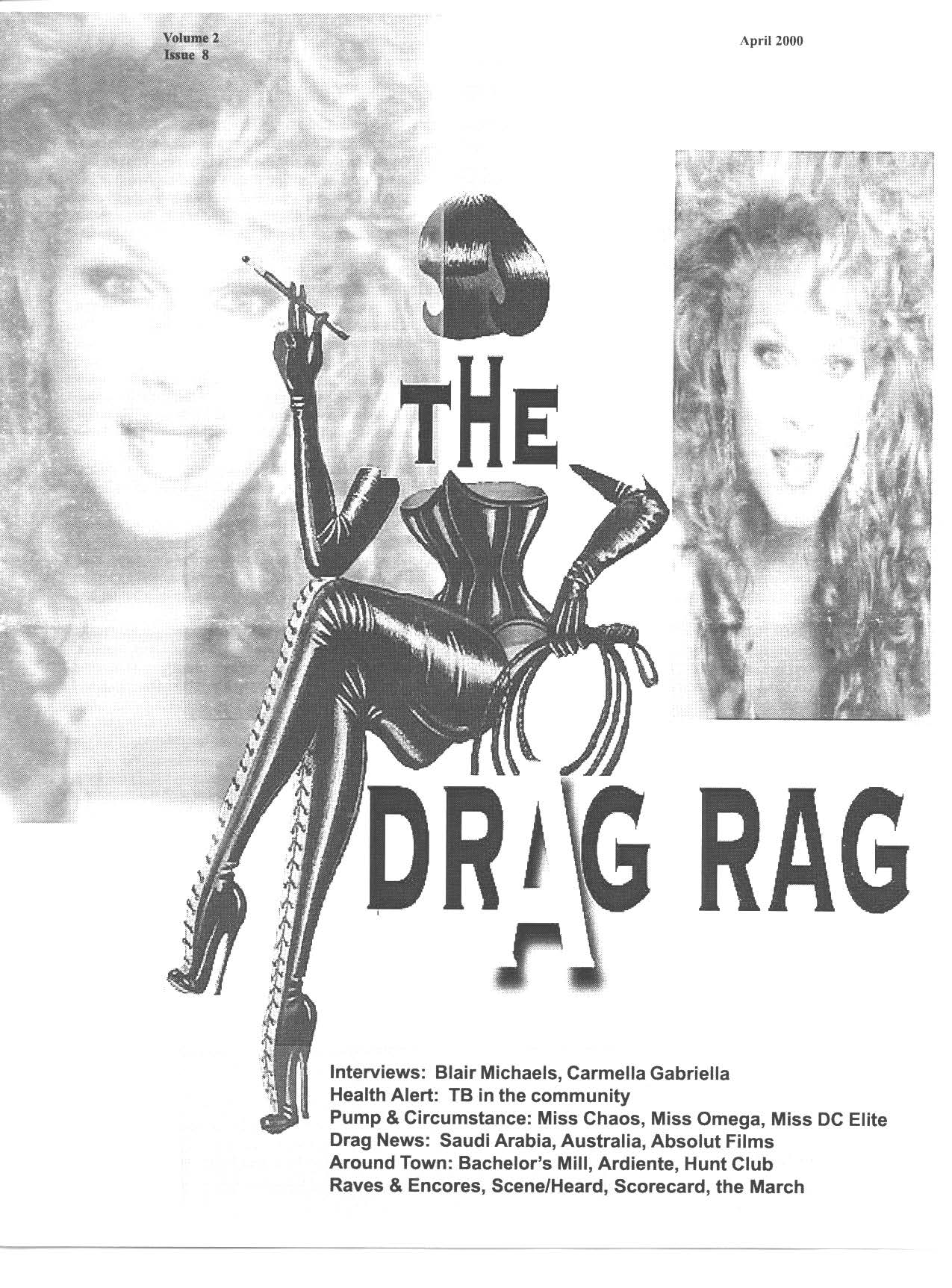 Meinke is a wealth of knowledge about D.C.’s drag history, much of which he outlines in his pamphlet “Drag in D.C.“ While most might associate drag’s popularity with the gay rights movement — or more recently, with “RuPaul’s Drag Race” — Meinke says the first big boom of drag in D.C happened a bit earlier.

“Drag performers were popular in theater venues in D.C. from about the 1870s on,” said Meinke. Then, the pansy craze of the 1920s and 1930s swept through D.C., New York, Chicago and Los Angeles, and the public reinvested in drag shows. Historic D.C. clubs like Bohemian Caverns and Republic Gardens put on drag shows, and the Dunbar Theater hosted The Jewel Box Revue. The popularity of drag performances dwindled in the 1940s and 1950s with the Lavender scare, the witch hunt and firings of gays in the U.S. government.

It wasn’t until the ’60s or ’70s that drag became affiliated with the gay community. “Many enterprising drag performers and owners of drag shows were actually straight in the ’20s, ’30s and ’40s,” Meinke said. 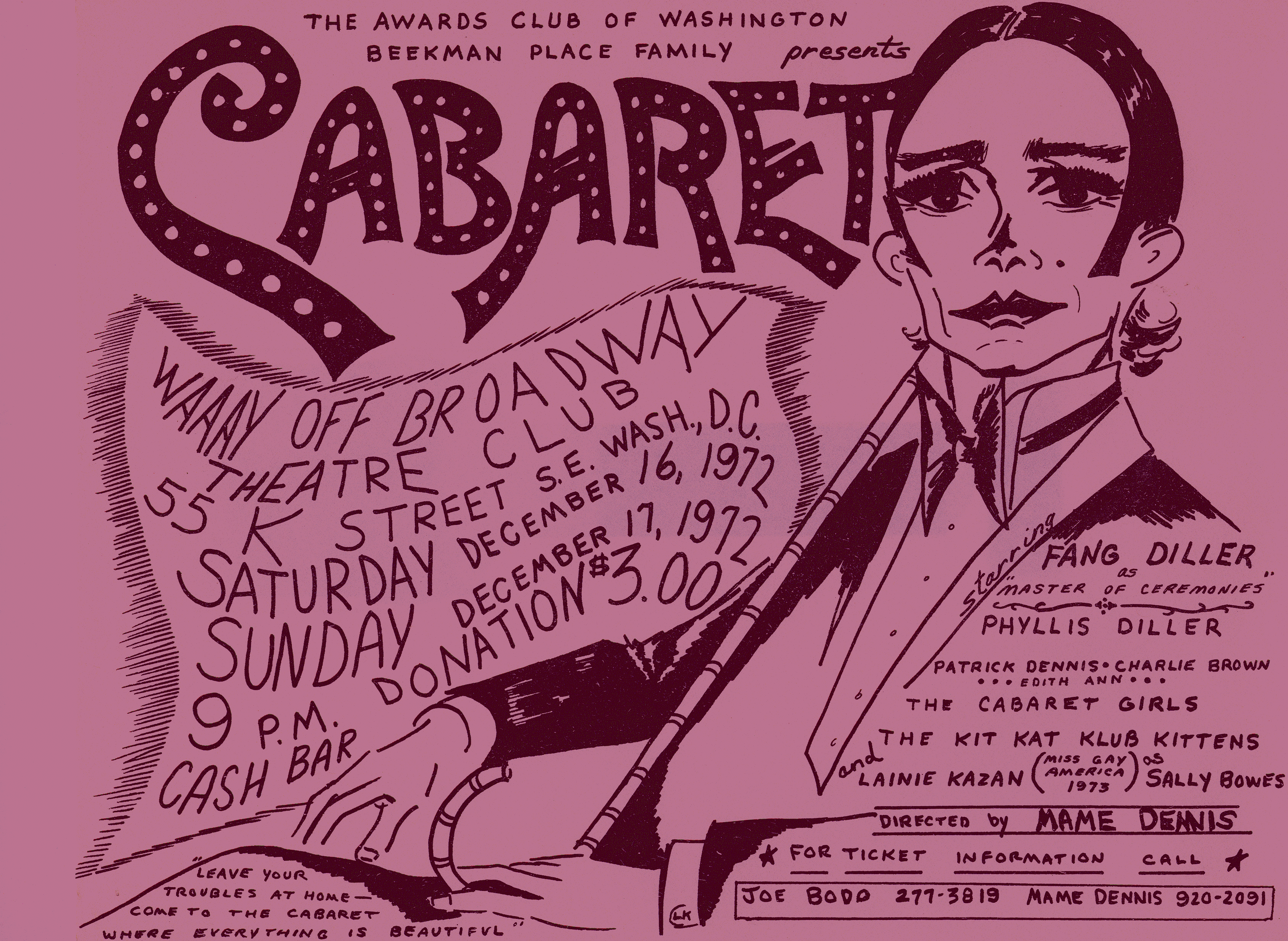 Waaay Off Broadway was located at 55 K. St SE, and was closely involved in the drag community. In 1993, the site became Club 55 before it was demolished to make room for Nationals Park. (Courtesy of Mark Meinke.)

Donna L. Gates, who performed in drag under the name Donn Vinton, said she was initially put off by drag. “I came out in 1959, and when I came out, drag was thought to be sick,” said Gates. “It was not attractive. These were guys who would put on a dress and throw on a wig — not probably even combed out — and dime-store makeup.”

Lacking a space to meet and perform in drag, the community turned to house parties. These were elaborate dinners, often catered, where aspiring drag performers could learn how to dress, do makeup and perform. Drag queens would often dress as celebrities, like Grace Kelly, Elizabeth Taylor, Dyan Cannon or Rock Hudson. More experienced drag artists became “mothers” to those wanting to learn the art. Drag families formed around mentor-mentee relationships, and proteges would often take their drag mother’s last name. Drag families came together to form drag houses with names drawing from pop culture references or local places: Beekman Place, Butterfield 8, Family Affair and Paramount Plaza were among the notable ones.

Like the rest of the country at the time, D.C.’s drag scene was segregated. Drag opportunities for African Americans were limited. Ken White, who performed drag as Black Pearl, provided opportunities for African American drag queens to perform: He organized Potomac drag cruises and hosted drag balls at the Cairo Hotel and Palm Ballroom. Until White came along, major hotels banned dressing in drag. But in 1968, he staged the Black Pearl International Awards at the Washington Hilton, the year’s not-to-miss drag event.

Alan Kress, known as Liz Taylor in drag, wanted to create an official organization to teach the art of drag. He established the Academy Awards of Washington in 1961, which, in addition to offering mentorship, hosted competitions modeled after the eponymous awards in Hollywood. (Miniature metal Oscars were handed out to the winners.) 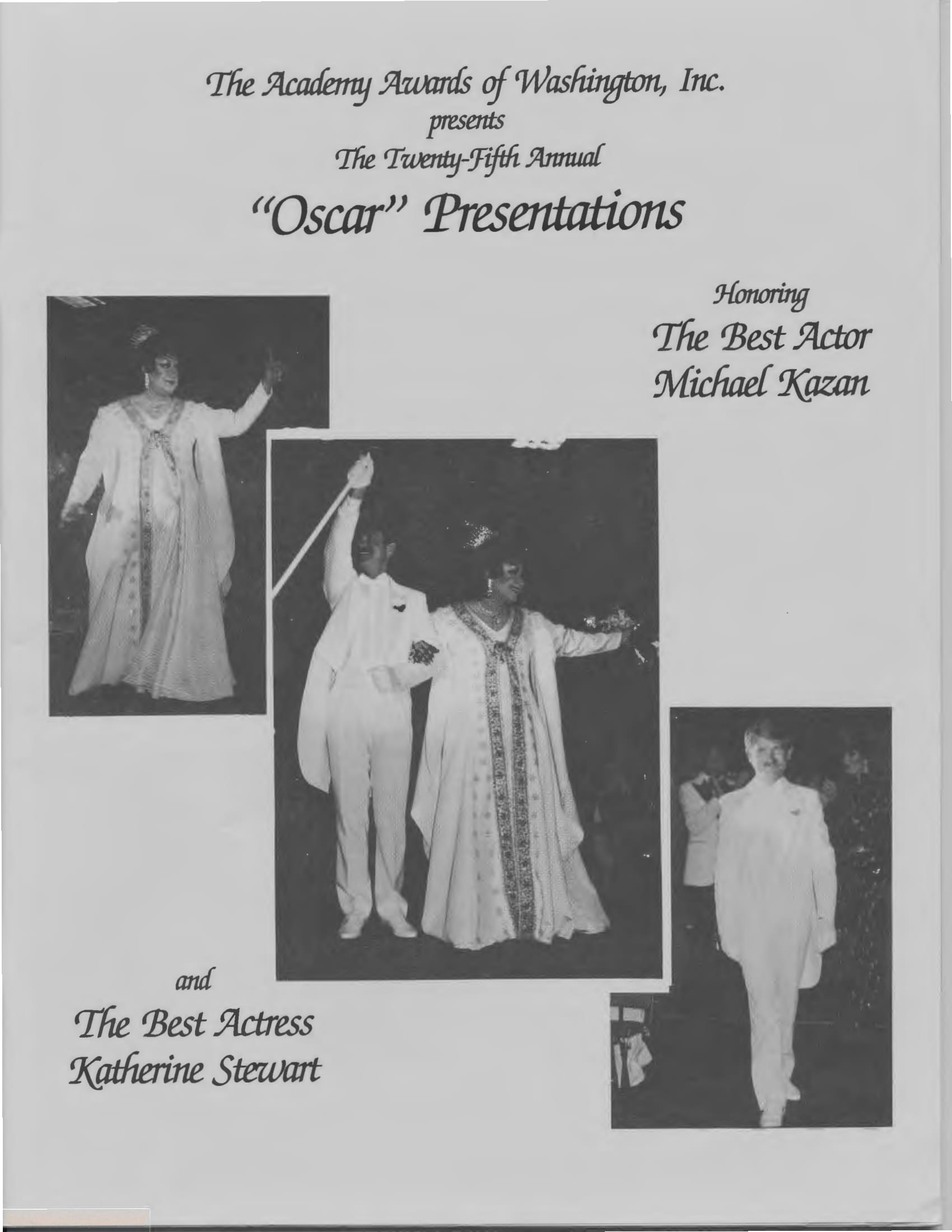 The Academy Awards of Washington hosted the “Oscars” every year, giving out replicas of the award to its winners. Above, a page from the 25th Annual “Oscar” Presentation program. (Courtesy of Mark Meinke.)

The Academy was not without its scandals: In the mid 1960s came the “drag wars,” where a few members of the Academy broke off to start The Awards Club. The prizes they gave at their awards? Emmys. But by the 1970s, a new Academy of Washington was created with people from the original group, as well as some performers who had mutinied to join the Awards Club. (The “Academy Awards” changed to the “Academy” when the Hollywood organization threatened to sue.) Carl Rizzi, known by the drag name Mame Dennis, ran the Academy of Washington starting in 1973, and continued to do so until his death in 2015.

Gates joined the Academy in 1972, and at first, she had to prove herself. “It was basically a guys’ club,” Gates said. “And when I came along, I was not the caliber of the other women who had been involved. I wasn’t a fighter, I wasn’t a drinker, which the previous women had been.” But by the later decades of the 20th century, the organization had the reputation of being open-to-all. According to Gates, “We had people of all ethnicities, women, men, straight, gay, bi, trans.”

As the gay community grew in the ’70s, so too did the popularity of drag. Bars and clubs found that drag shows drew in large profits at a low cost. (The drag performers would bring their own costumes, music and sets. The bar just needed to give them a place to shine.) By the late 1990s, D.C. clubs and bars hosted more than 40 drag shows each week. Only two cities — Dallas and Atlanta — had more. 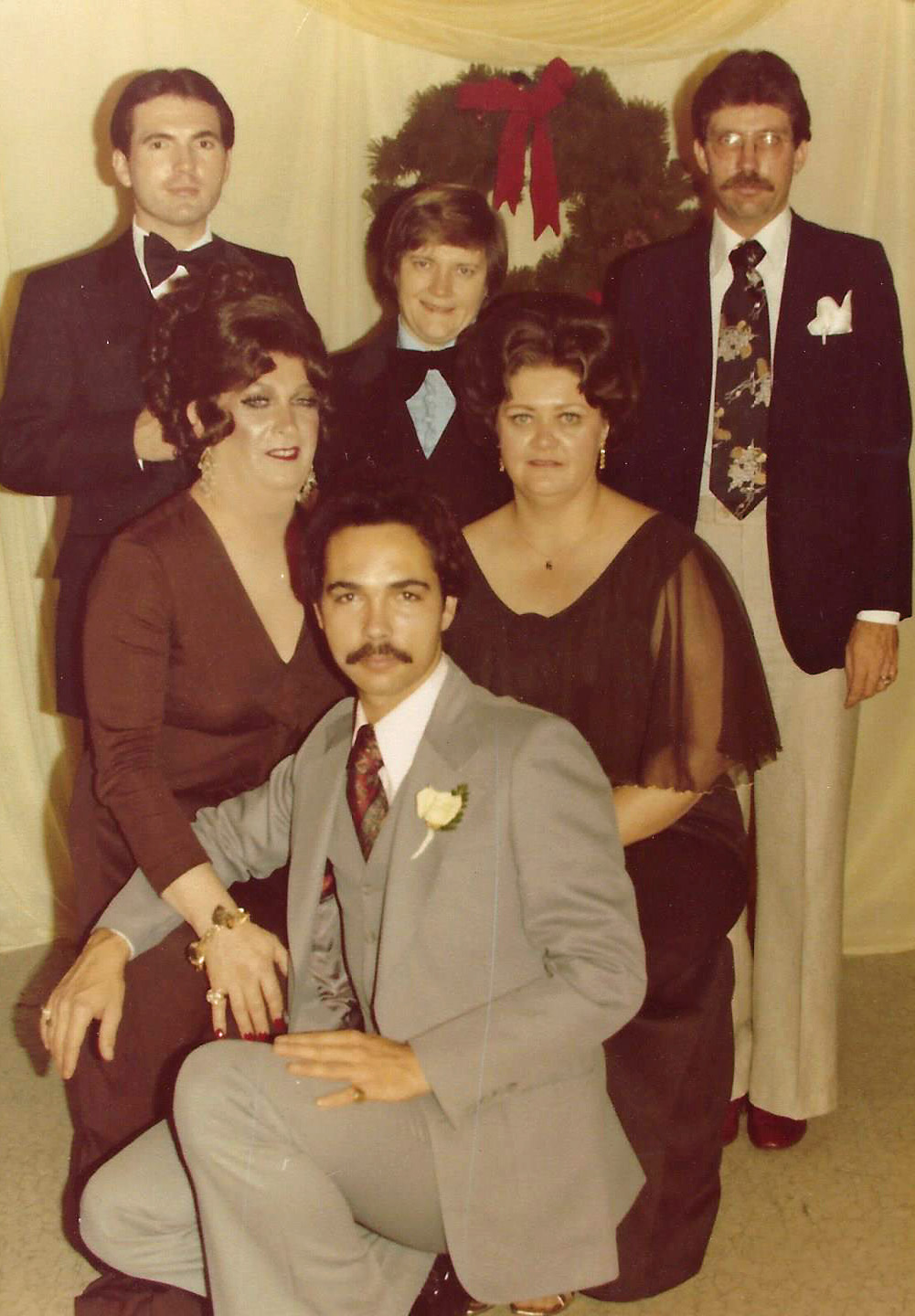 The Vinton family, including Donna L. Gates (center back), who performed drag as Donn Vinton. (Courtesy of Mark Meinke.)

Meinke said that drag shows were a profitable fundraiser for the gay community. “Although gay activists found drag sort of embarrassing because they don’t want the straight people to think we all walk around in dresses, they never minding having a fundraising done by the drags,” said Meinke. “And the fundraising was usually quite successful.”

When the AIDS epidemic hit D.C., a lot of drag performers didn’t feel safe going to health providers that weren’t gay-friendly. The Academy of Washington created the HOOP Fund (“Helping Our Own People”) to raise money for drag performers. “Families would abandon [them],” said Meinke. “It was bad enough that they were gay, but now they had AIDS. Nobody’s going to take care of you if your family didn’t. And drag was a family.”

In 2010, a new drag powerhouse came onto the scene: The Imperial Court of Washington. The Court, part of the larger International Imperial Court System, is a philanthropic group that raises money for local charities. And, like a traditional Court, this group loosely follows a hierarchy of lords, ladies, duchesses, barons and empresses. A new documentary, “Queen of the Capital,” follows drag queen Muffy Blake Stephyns on her campaign for the crown. The Court partnered with the Academy for a few events, and many drag queens and kings were members of both groups. 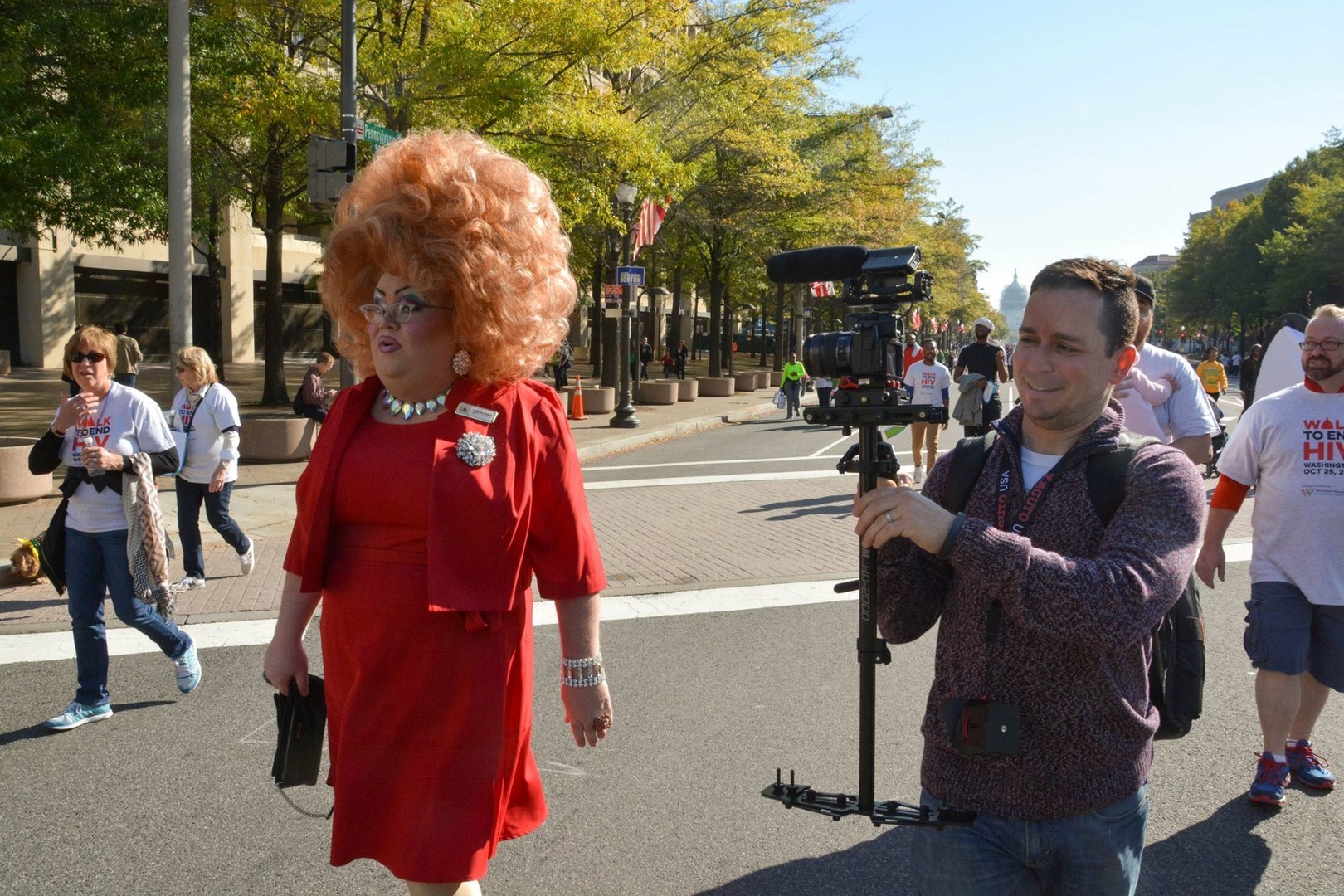 In 2015, the Academy of Washington shuttered shortly after Rizzi’s death. “When Carl Rizzi died, it shook the Academy,” Meinke said. Documents and photos from the Academy are now based in the Smithsonian’s archives. Drag performances have waned since the early 2000s, although drag performances (including brunches) and the annual High Heel Race (now sponsored by the District) are still going strong. Meinke thinks that’s because there are fewer LGBTQ spaces in the region. But he believes we’ll probably see more drag shows pop up in the future.

“I really believe that drag is cyclical event,” Meinke said. “If it seems that there’s less of it now, wait a couple of years and it will come back again.”