Local Teens Design The Change They Wish To See In D.C.

Mariah Stewart, Joshua Krauss and Ananda Ewing-Boyd are part of a team rethinking the parks in the Fairlawn neighborhood. Ruth Tam

What are weekends for, if not sleeping in? For up to 30 local teenagers, nine Saturdays during the fall and spring are for meeting, planning and inventing design solutions for different Washington D.C. communities.

Since it started in 2000, the National Building Museum’s Design Apprenticeship Program has evolved to provide both a weekend activity for area high school students and ideas for local neighborhoods to build community. Past projects include building custom furniture for local families in transitional housing and setting up free libraries in community gardens. 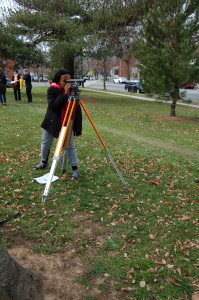 A student in the Design Apprenticeship Program surveys land.

Enrollment in the program is free –and not limited to students with experience in architecture or design.

17-year-old Ananda Ewing-Boyd from Deanwood wants to be a doctor, but has spent her Saturdays with the program since 2012.

“I’ve found that building something with a group of people … is one of the most empowering experiences that a kid can have,” says Ewing-Boyd.

This year, 29 students are working with D.C.’s Department of Parks and Recreation to imagine –and build– temporary installations at the triangle parks at Minnesota Ave and 22nd Street in the Fairlawn area of Southeast D.C.

“When you go to it, you don’t really know it’s a park,” says Mariah Stewart, 17, who lives in Southwest D.C. “It’s not really a usable space for the community. We wanted to … give it an identity and give it use and value to the neighborhood.” 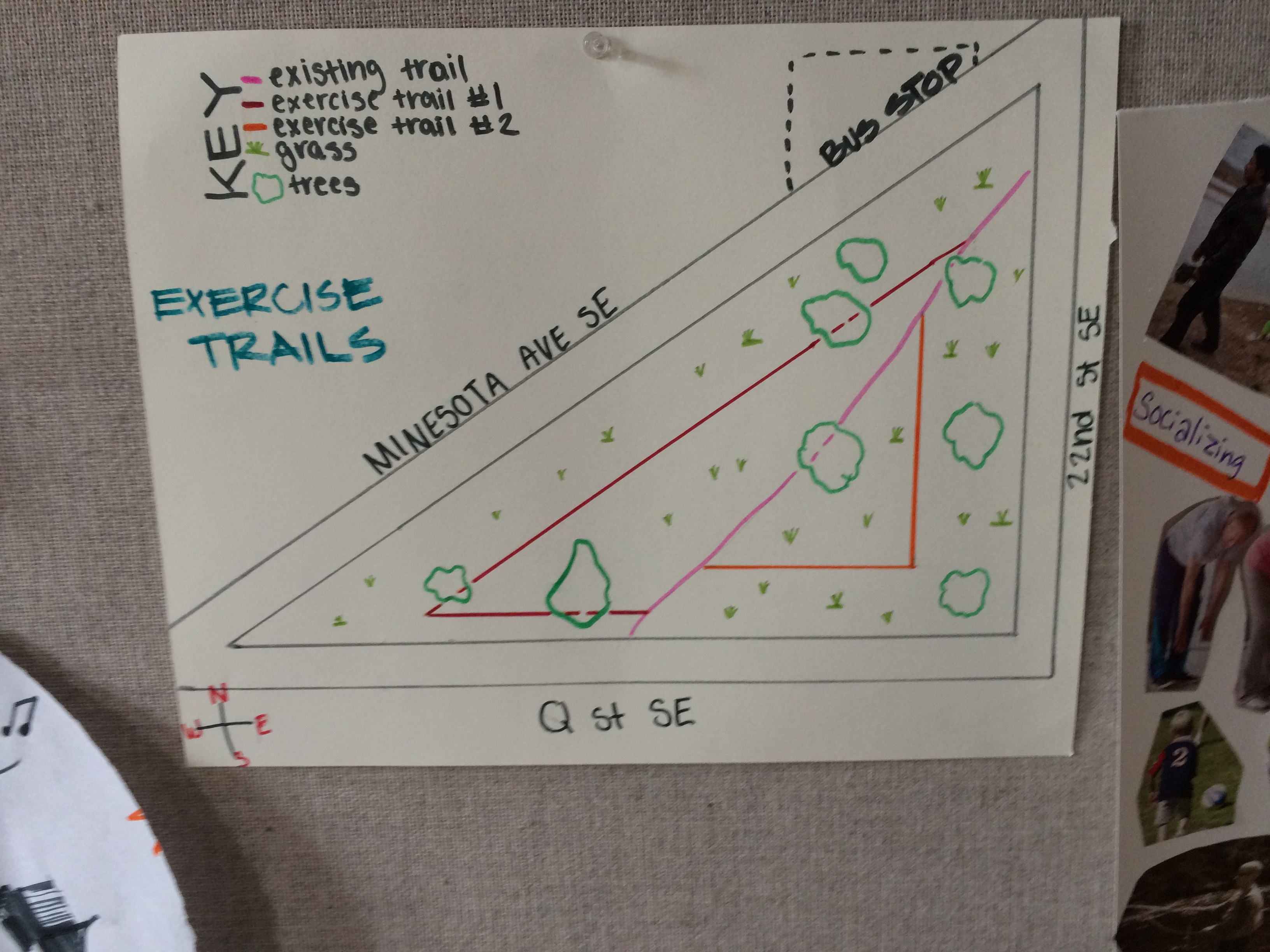 A student’s map of one of the triangle parks in Fairlawn.

Students are split into five groups, each focusing on a different aspect of improvement. Students will source building materials from Community Forklift, a home improvement thrift store, and receive guidance from design professionals. Ewing-Boyd’s group is looking into the park’s amenities and will build a bench that doubles as a messaging board –a challenge that resonates with her and other students who live on the east side of the Anacostia river.

“One of the things we were discussing earlier during this particular section is the disparity between the sides of the river –the feeling of neglect from the city when you cross the bridge,” says Ewing-Boyd. “What our group is focusing on is using our creativity and building experience to alleviate that feeling of disparity.”

Because many students return to the program every spring, teenagers from different neighborhoods and backgrounds call each other friends. As the students mature and begin to think of design through the lens of class inequality, they listen to –and learn from– each another. 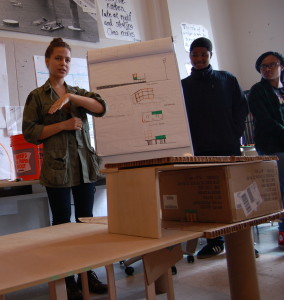 Ananda Ewing-Boyd presents an idea to her peers as part of the National Building Museum’s Design Apprenticeship Program.

“We don’t assume that someone’s trying to offend,” says Joshua Krauss, 16, who joined the program to transition out of homeschooling and says the relationships are built on trust.

Krauss, Stewart and Ewing-Boyd say the effects of the design program and the friendships it fosters have made an important impact on their lives –something that Lauren Wilson, the museum’s teen programs manager, says is a “great privilege” to observe.

“One of the goals of our teen programs is to help students feel empowered, that they can make positive change through using design as a platform,” she says. “While we can’t single-handedly solve issues that come along with gentrification or neglect, working through these smaller projects might spark an idea about taking [design theories] back to our neighborhoods and perhaps, to a profession.”

Along with their fellow students, Mariah Stewart, Joshua Krauss and Ananda Ewing-Boyd will install their projects at the Fairlawn triangle parks on Saturday, April 30, 2016. The event is free and open to the public.

All photos, unless otherwise noted, are courtesy of The National Building Museum.