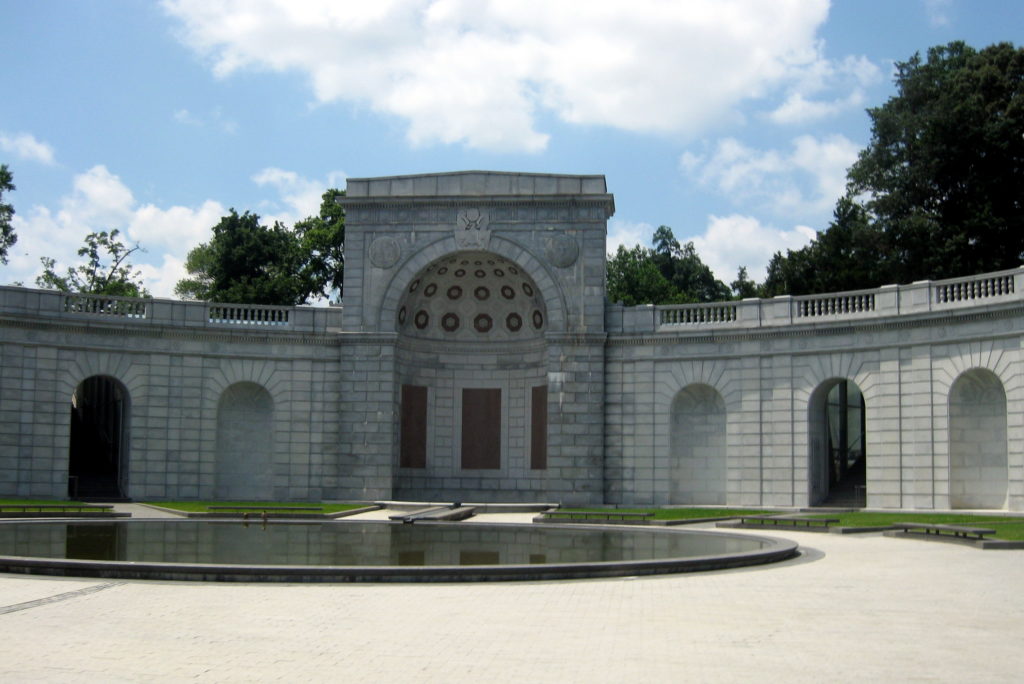 The Women in Military Service for America Memorial will soon be home to a monument honoring servicewomen. Wally Gobetz / Flickr

The Women’s Memorial at Arlington National Cemetery is hidden in plain sight, couched inside the grandiose granite entrance that was originally meant as the cemetery’s gateway. It’s the only major memorial to women veterans in the country. And soon, it will house the first monument in the capital region honoring women of the U.S. military. 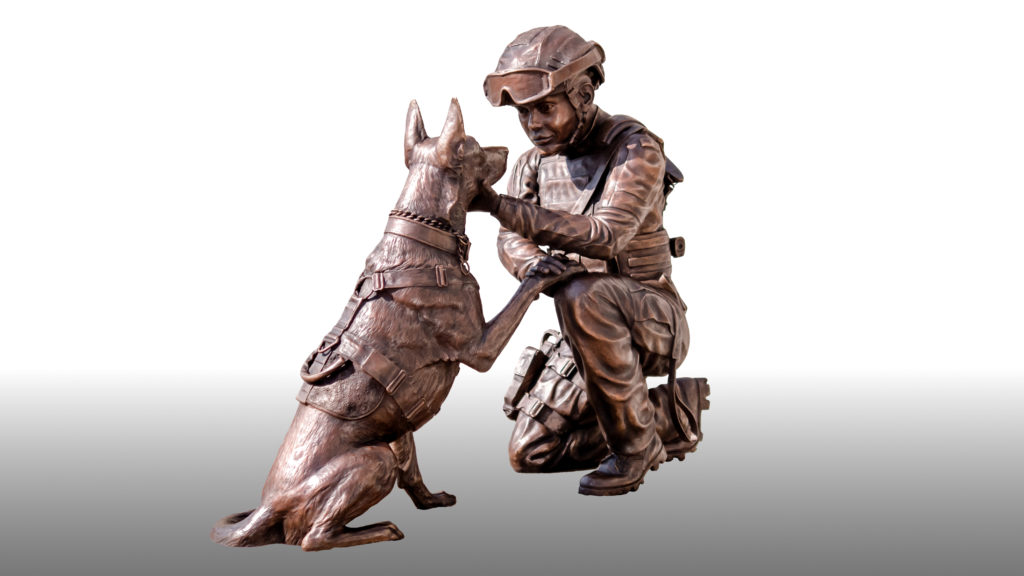 “The Pledge,” originally commissioned by the U.S. War Dogs Association, shows a servicewoman in full combat gear kneeling in front of her military working dog. The bronze statue will be unveiled October 17, and the statue will be available for public viewing when the memorial reopens on October 18.

We sit down with sculptor Susan Bahary and Phyllis Wilson, president of the Women in Military Service for America Memorial Foundation, to talk about the significance of the new monument.