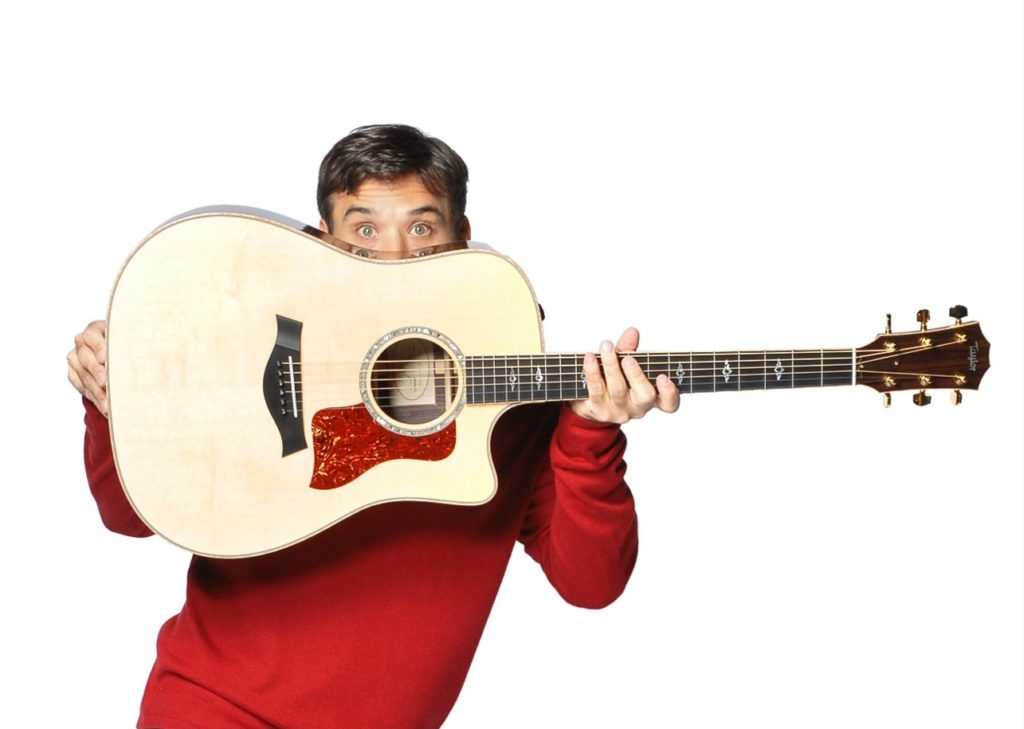 Kojo For Kids welcomes musician and PBS KIDS host Steve Songs to the show on Monday, October 12 at 12:30. Listen live by streaming the show on this page or by tuning in to 88.5 FM in the Washington, D.C. region. Kids can call in with questions at 800-433-8850.

You may have seen Steve Songs on PBS KIDS, or in concert at Wolf Trap, the Kennedy Center or even the White House Easter Egg Roll. In his trademark red shirt, Steve Songs has spent the last 15 years entertaining kids across the nation with lively, thoughtful, tuneful and original songs — both silly and serious. From “Marvelous Day” to “Recess Rocks,” Steve Songs’ music reflects the fun and challenges of being a kid today.

He joins Kojo to talk about how he launched his musical career, where he gets his ideas for songs, and whatever our kid callers want to ask about — including whether Steve Songs is his real name! And he’s bringing his guitar and will play for us too.

If you’re a musician, or just like bopping along to a good tune, join Kojo, Steve Songs and our featured students of the week from Capitol Learning Academy in Southwest Washington, D.C.