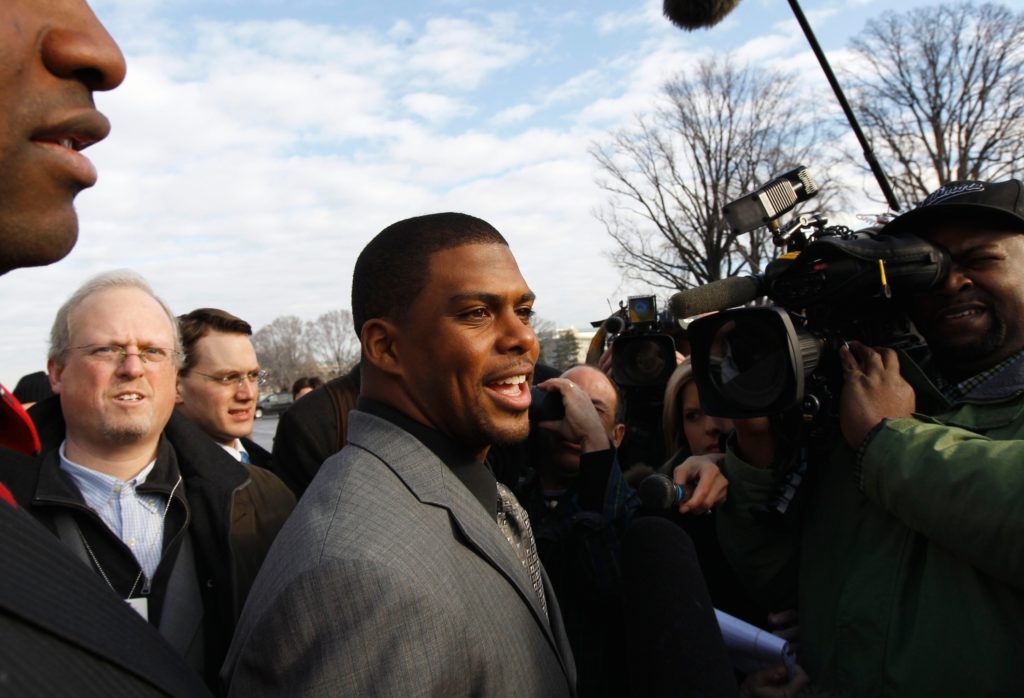 Jason Wright was named President of the Washington Football Team, making him the first black President of an NFL team. Alex Brandon / AP

This summer, Jason Wright was hired as the President of the Washington Football Team, making him the NFL’s first black President. This historic achievement comes after a summer of turmoil for the football organization.

After pressure from activists, shareholders and corporations, the team finally changed its name from a derogatory racial slur for Native Americans. But soon after, the Washington Post broke stories of allegations of a culture of sexual harassment at Washington’s football organization.

It seems the organization is turning over a new leaf, as Wright talks about changing the culture in Washington. We’ll sit down and discuss his plans for Washington’s past and future.