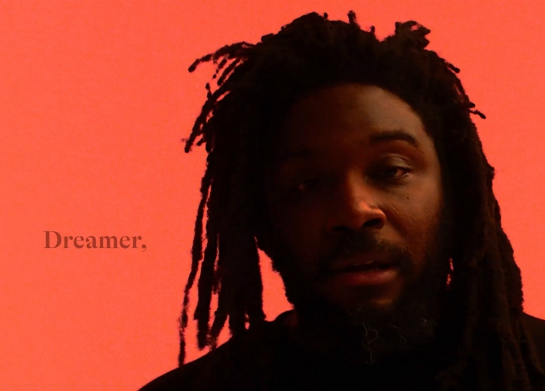 A still from author Jason Reynold's new video of his spoken word poem "For Every One," directed by Dan Buyanovsky. Courtesy of Simon & Schuster

Kojo For Kids welcomes Newbery Award winner Jason Reynolds and director Dan Buyanovsky to the show on Monday, September 14 at noon. Listen live by streaming the show on this page or by tuning in to 88.5 FM in the Washington, D.C. region. Kids can call in with questions at 800-433-8850.

Jason Reynolds returns to Kojo For Kids to talk about books, poetry and the new video of his spoken word poem, “For Every One,” which he began years ago as a letter of encouragement to himself. It’s now a book and video to inspire everyone, though it speaks most directly to young people, especially when they get discouraged by others or their self-doubts.

We’ll also talk to director Dan Buyanovsky, who read “For Every One,” and managed to convince Jason Reynolds that he should get to film him reciting it. They did it in a day!

Join our guests and call in with your questions about reading, writing, filmmaking — and facing up to your own dreams.