March On Washington 2020: The Commitment March

March On Washington 2020: The Commitment March 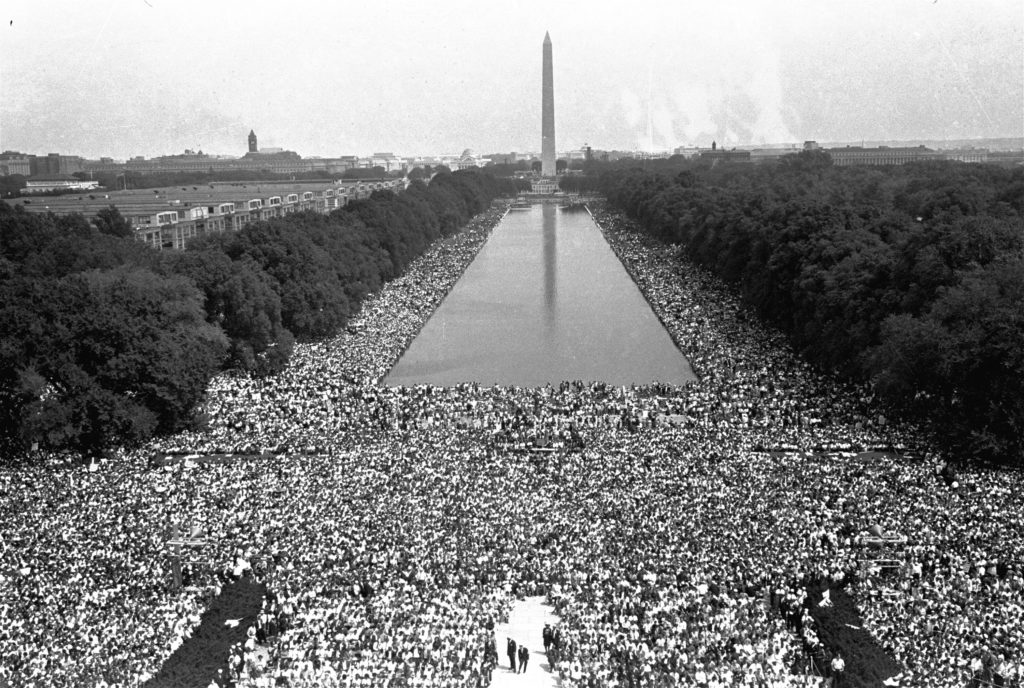 Crowds are shown in front of the Washington Monument during the 1963 March on Washington for Jobs and Freedom, August 28, 1963.   AP File Photo

Friday is the 57th anniversary of the 1963 March on Washington for Jobs and Freedom, where Dr. Martin Luther King Jr. delivered his “I Have a Dream” speech. In reference to the killing of George Floyd in May, organizers are calling this year’s march the “Commitment March: Get Your Knee Off Our Necks.”

This year’s March is being led by the National Action Network, with a virtual march being organized by the NAACP. We spoke with representatives from both organizations to learn what to expect at Friday’s marches, as well as with the National Museum of African American History and Culture’s Aaron Bryant and Congresswoman Eleanor Holmes Norton.

In 1963, marchers rallied to demand economic and social justice. So, how far have we come almost 60 years later, and what do today’s organizers hope to achieve?

This is a broadcast of the audio from our Kojo In Your Virtual Community event on August 24, 2020. Kojo will not be taking live calls or questions through social media during this show.