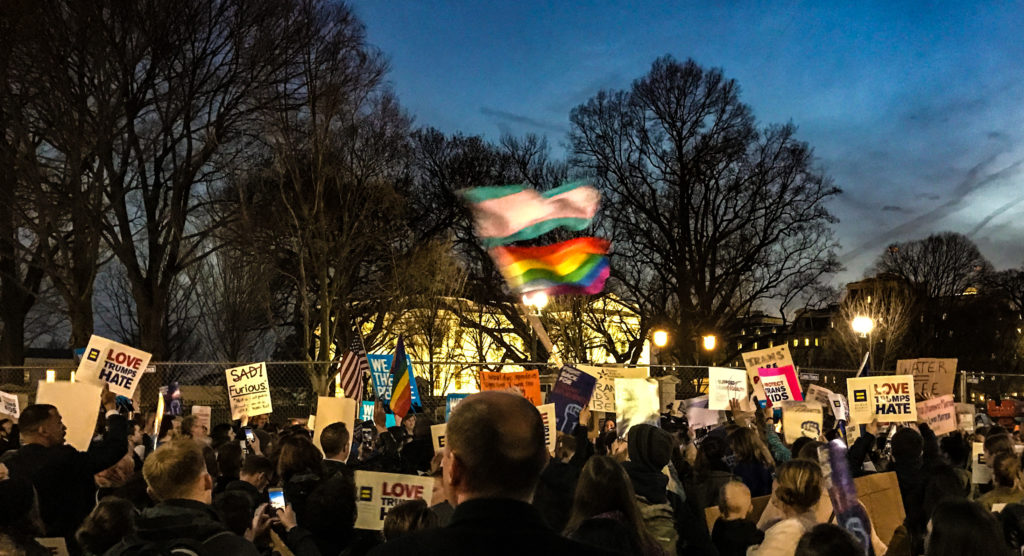 How is the LGBTQ+ community responding to the protests in the region? Ted Eytan / Flickr

Protests are continuing across the country as citizens mourn the death of George Floyd, who was killed by a police officer in Minneapolis, Minnesota. However, protesters are also marching on the streets for other black people killed by police brutality, including Tony McDade, a transgender man who was shot and killed by police officers in Tallahassee, Florida. Like the black community, the LGBTQ+ community also has a strenuous relationship with law enforcement.

For many in the LGBTQ+ community, this Pride Month feels different. The coronavirus pandemic has resulted in many pride events and parades being canceled. But some groups are throwing their weight behind racial equity and police reform efforts in the region. What are local LGBTQ+ groups doing to support this movement? And what should we expect Pride Month 2020 to look like?