Amid Protests, National Guardsmen From Outside The District Deployed Into D.C.

Amid Protests, National Guardsmen From Outside The District Deployed Into D.C. 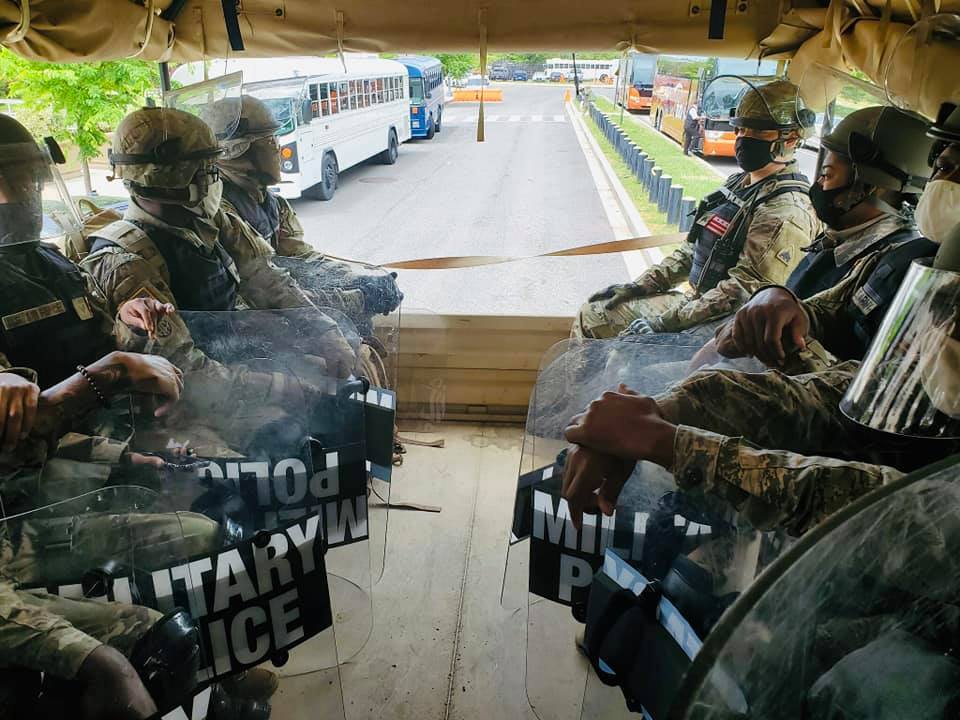 An additional 1,500 National Guardsmen have been deployed in the District to quell ongoing protests. Courtesy of D.C. National Guard Public Affairs

On Tuesday, 1,500 National Guardsmen from multiple states, including the state of Maryland, were deployed to respond to ongoing protests taking place in the District over the last five days. This comes one day after the President called for the deployment of the National Guard in every state in order to “dominate the streets” as major cities across the country face widespread protests in the wake of the killing of George Floyd by police in Minneapolis.

How will the National Guard deployments affect civilian life in the District? Can President Trump deploy active military forces in D.C.?