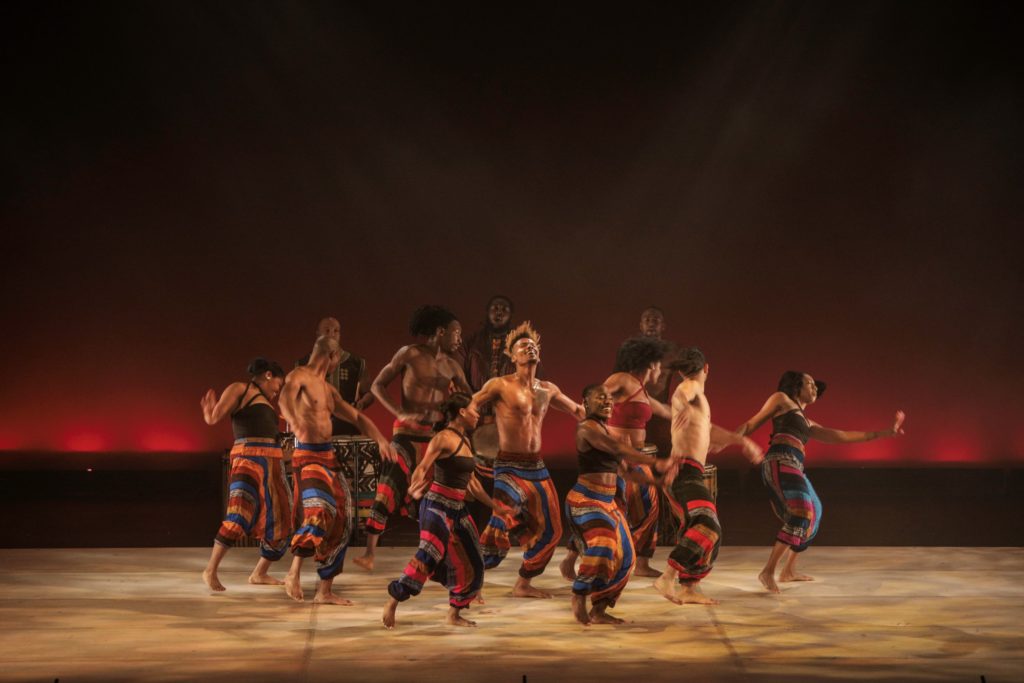 "Drumfolk," a Step Afrika! production, explores the significance of the Stono Rebellion of 1739 — when Africans lost the right to use their drums. Jati Lindsay / Step Afrika!

When C. Brian Williams founded Step Afrika! in 1994, the step tradition — “a polyrhythmic, percussive dance form that uses the body as an instrument” — was not so well-known.

Now, 25 years later, step teams can be found all across the country — popularized by films like Spike Lee’s “School Daze” and by dance companies like Step Afrika!

Representatives from Step Afrika! join us to discuss the origins of stepping and the company’s newest production “Drumfolk,” inspired by a little-known event in history that would forever transform African American life and culture.