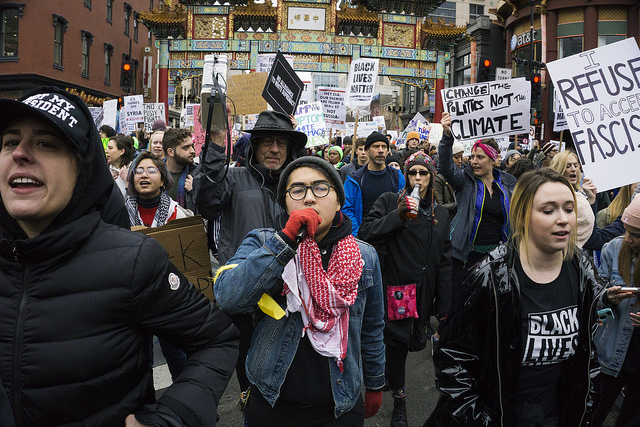 Protests on Inauguration Day, January 20, 2017. This Is Awkward via Flickr

Local authorities arrested more than 200 people during inauguration protests on Friday. While police say they responded appropriately to criminal activity, those arrested disagree. A lawsuit filed Friday against D.C. Police, U.S. Park Police and Interim D.C. Chief of Police Peter Newsham alleges protesters were “subjected to…outrageous conduct by the defendants for no legitimate law enforcement reason.” For many, the mass arrests are reminiscent of the 2002 World Bank arrests, which led to the city paying more than $10 million in settlements. Kojo explores Friday’s incidents and the distinction between rioting and protesting.