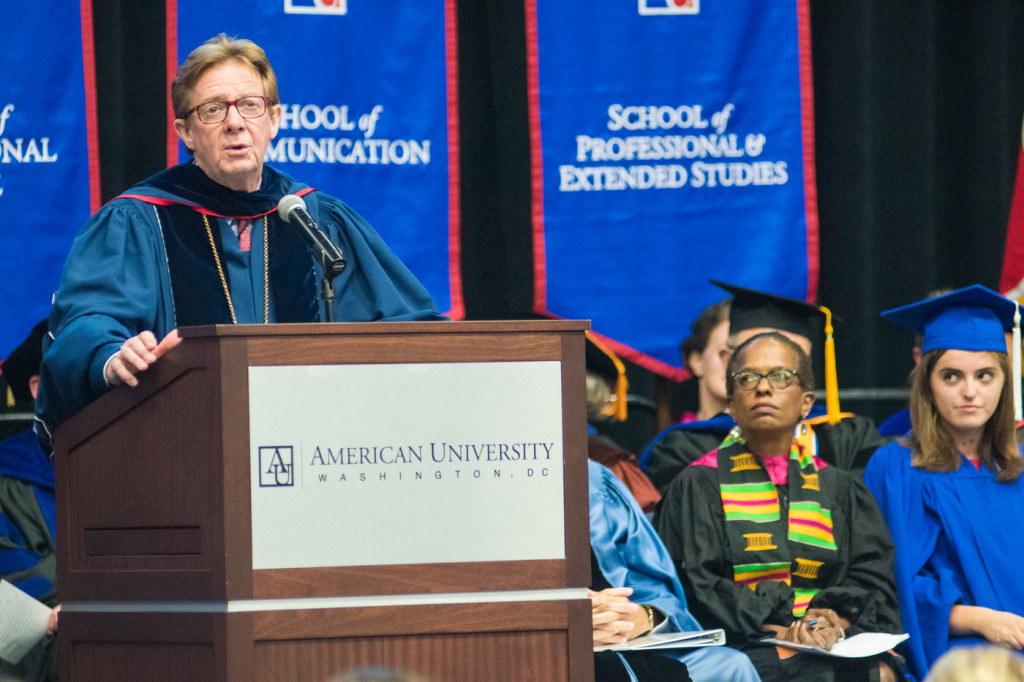 When Neil Kerwin took the helm of American University in 2005, the president’s office was reeling from turmoil. Kerwin’s predecessor had been ousted amid embezzlement allegations, AU’s board was deeply divided, and protests rippled through campus. A little more than a decade later as Kerwin prepares to step aside, the corner office — and the campus itself — is much changed. The school has climbed in the national rankings and upgraded its D.C. footprint, but it’s also been affected by fallout from social, cultural and academic storms that have swept campuses nationwide. Kerwin joins Kojo to discuss his tenure, AU’s role in our region, and the future of his campus.