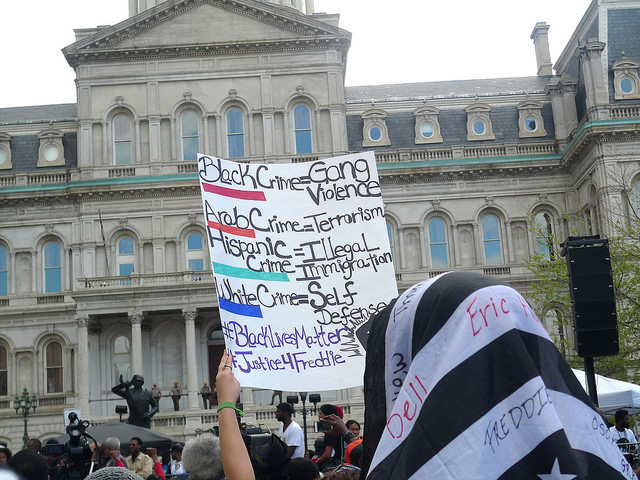 Protestors outside Baltimore City Hall in May, 2015 when the state's attorney Marilyn Mosby announced that six Baltimore Police Officers would be prosecuted in the death of Freddie Gray. Susan Melkisethian

The first case related to the death of Freddie Gray, the Baltimore man who suffered a spinal injury while in police custody this past spring, has resulted in a hung jury. A judge declared a mistrial in the first trial of a police officer facing prosecution in the case, William Porter, after jurors failed to reach a verdict. Kojo explores what comes next and what’s at stake in the other cases related to Gray’s death with Doug Gansler, a former state and federal prosecutor with his own experiences handling politically explosive criminal cases.