5 Things You Told Us About The Pay Gap In the D.C. Region 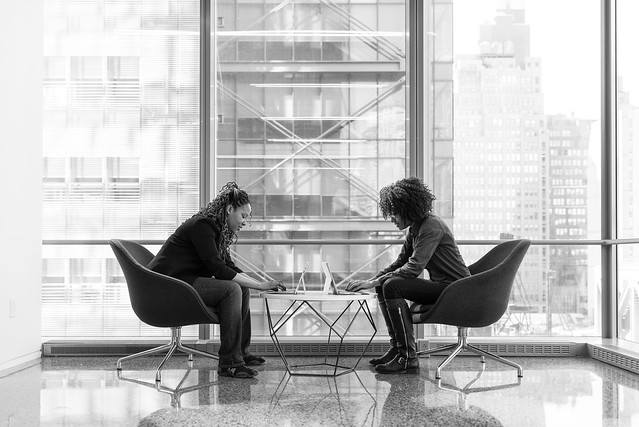 What does the gender pay gap look like in the Washington region? On Equal Pay Day–the day that women’s earnings catch up to men’s earnings from the previous year–many of you told us your stories, on air and online. Missed the radio segment? Find it here.

Two of the show’s guests, American Association of University Women CEO Kim Churches and The Melanin Collective Founder Doris Quintanilla, both said they’d struggled to negotiate early in their careers. Quintanilla remembered a phone call with an H.R. representative discussing the details of her first full-time job. The other woman paused after mentioning the starting salary. “Later, I realized she was waiting for me to negotiate. But I was a recent grad, and I had no idea, so I just didn’t say anything,” Quintanilla recalled.

To Churches, much of the issue comes down to training. AAUW offers workshops that teach pay negotiation skills across the country. In D.C., they’re provided for free through a partnership with the Mayor’s office.

In a survey released by AAUW last week, millennials and pay transparency were front and center: Overall, 57% of Americans said they have or would discuss their pay with co-workers. But for millennials and Gen Zers, that number jumped to 68%.

In founding The Melanin Collective, Quintanilla and her co-founder, Kaitlyn Borysiewicz, hope to create gathering spaces for women of color to share about their workplace experiences. Attendees share stories of being passed over for a promotion in favor of white women, or of discovering that employees who report to them make higher salaries than they do.

But Quintanilla says she’s observed a generational shift as women get deeper into their careers. The tales of missed promotions and salary disparities are “the kinds of stories I hear from women who are really young, I would say a year into their jobs,” she says. More experienced women realize that “it’s not about working hard and giving it your all and staying up all night and sacrificing your health and your wellbeing. It’s about the bias that lives in these organizations.”

One caller, Michelle, recalled an incident where the reverse of this was true: she was passed up for a major promotion and a raise in favor of a man, who got the lucky break because the company considered him the family breadwinner. “And I said, ‘we’re giving it to breadwinners? I thought we were giving it for performance.’ And they clammed up, and gave it to him,” she remembered. She ended up leaving the company.

Quintanilla–and several other listeners–touched on the subcultures of work in D.C. that could feed into the pay gap. Some of you identified nonprofit, mission-driven workers as generally underpaid and overworked. Others suggested that communications-oriented fields tend to be less well paid because the profession itself is coded as “female.” And we also heard that in high-energy sectors like defense, assertiveness in pay negotiation is expected–though that can backfire for women.