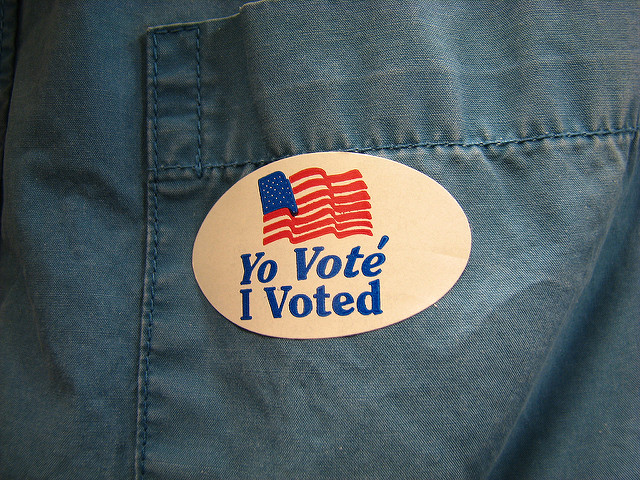 D.C.’s Democratic primary is upon us, but many voters are wondering the same question, “Does my vote matter?”

Besides being the last jurisdiction to vote in this year’s primaries, D.C. still has no voting representation in Congress. Voters will only be able to vote for a non-voting delegate to the House of Representatives.

Despite all this, over 15,000 Democrats voted early last week. Along with fellow intern Patty Gorena, I spoke with five of them at the Judiciary Square polling place. Here’s what they told us.

“At the national level, because of the timing, it [voting] seems anticlimactic.”

“I think D.C. primary should be held earlier so that our voice has some impact on the election cycle.”

“It doesn’t really matter if I vote.”

“I feel like my vote matters less than it did when I lived in Ohio.”

“D.C.’s population is so liberal that it would be important to counter-balance to early Southern primaries in the democratic primaries.”