An Update On The 23-Year-Old Donate Who Donated $3,000 To Public Radio 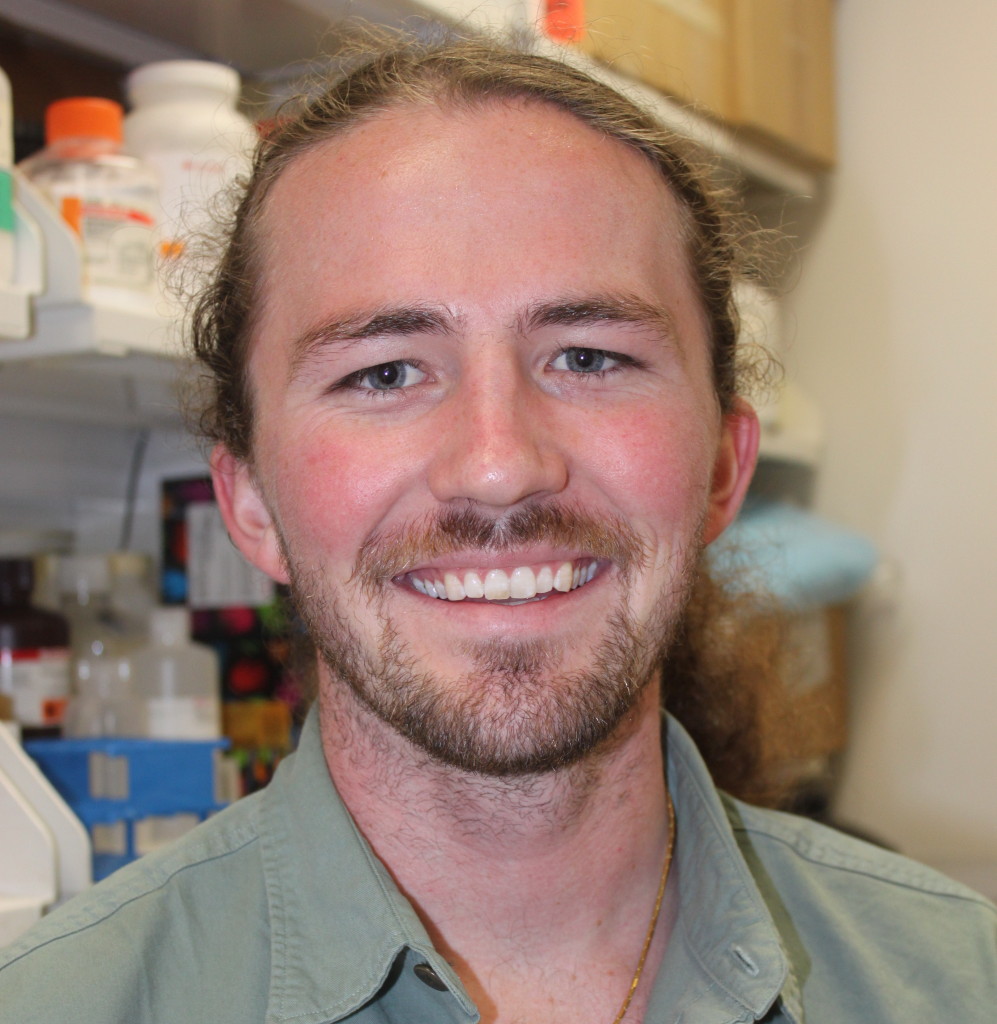 Nick has listened to WAMU nearly every day for the past two years.

Editor’s Note: The Kojo Nnamdi Show learned on Saturday, July 30, that on July 10, Nick Watson fell into a coma after being struck by a driver while on vacation in France. Nick’s family has shared more about his condition on a fundraising page, where they are also soliciting donations to bring him back to the U.S. for further medical treatment.

Below is a conversation that producer Ruth Tam had with Nick after he donated $3,000 to WAMU in 2015.

In case you haven’t heard, Kojo Nnamdi, political analyst Tom Sherwood and council member Mary Cheh are getting D.C. flag tattoos. Why? A challenge was posed on-air four years ago by our one and only political analyst Tom Sherwood, whose son Peyton has a D.C. flag tattoo: “Donate $5,000 individually to WAMU during The Politics Hour and I’ll get a tattoo to match my son’s.” This year, Tom lowered the ask to $3,000. Kojo joined the cause, as did Councilmember Cheh. At the last possible minute, one man donated online. As producer Michael Martinez said, “dreams do come true.”

We sought our donor out –his name is Nick– to thank him, and learn why he gave. He’ll also be getting a D.C. flag tattoo with Kojo, Tom and Mary on Friday, November 20.

First, thank you for making our day/week/year/career goals. Second, who are you, mystery donor?

I came here for undergrad at American University. When I graduated, I got a fellowship at the National Institute of Health. I’ve been working up in Bethesda as a research assistant at a lab up there.

How long have you been a listener of the show?

I’ve been listening for about four years –mostly The Kojo Nnamdi Show and The Diane Rehm Show– for about two years nearly every day.

When did you first hear about the tattoo challenge?

The first time I heard about it was on the Kojo Nnamdi Show –the day Kojo and council member Cheh joined. To be honest, I hadn’t been listening to NPR that week too much because of the fundraiser. I listened to BBC World instead. I tuned in that day, though, and it was definitely enticing to have Kojo and Councilwoman Cheh on board as well.

So, just Tom wouldn’t have been enough?

If it was just Tom, I think it still would have been a consideration. Part of what I thought was cool was that Tom would get the same tattoo as his son. That’s very endearing that it had that aspect. For his son, that would be cool. I can imagine it’s Tom’s first tattoo.

What do you like about The Kojo Nnamdi Show show? Do you have any favorite episodes?

One of my favorite recent shows was when Kojo and Tom had a live Politics Hour session with Mayor Bowser. That was a really interesting episode. It was right before Pope Francis visited. It was nice to hear the Mayor on the show and Tom and Kojo did a really great job of asking questions he needed to be answering. I wanted to attend, but it was during work.

WAMU listeners tend to be older. Does public radio have a “millennial” problem? Why do you think young people get their news elsewhere?

Well, that’s a good question. If I had the right answer, I could find a job with you pretty easily. I don’t know why young people aren’t that interested in public radio. For me personally, I have a really easy time of listening to the radio at work. My job is running experiments and setting them up, so it’s easy to listen. Personally, I like to keep up to date and it’s the easiest way to keep up to date with local issues and politics. While you find fantastic articles reading the newspaper, I have to read so many scientific journals that reading the newspaper feels like procrastination. For me, the radio is a great source to know what’s going on in the area and my job lets me listen to it. I think young people care about the issues. I think at times they care about the wrong issues, but they definitely care. I don’t know, maybe we’re too focused on our job and lives to listen to “boring talk radio” but I find it so interesting. Especially local politicians like Mary Cheh and Mayor Bowser –people who have an impact on this area.

Considering D.C. is spoken of as both a new and temporary home for millennials, do you think young people pay less attention to local news?

I think there is a lot of truth there. Every summer especially, you see students coming in to intern at the Senate and House and undergraduates who are here for only four years. Those who are here–they haven’t been here long enough to understand the intricacies of the issues. Being a recent grad from the area, I’ve seen a lot of people leave. I could have left if I wanted to, but I didn’t want to. I came from Columbia, Tenn. and I love being in the city.

About two years ago, I was still an undergrad and I fell into the uninformed category. At AU, the focus is on national politics. What got me more interested in the local issues was the decision to stick around and to vote here. Knowing that I would be facing a ballot of candidates I didn’t know made me want to be informed –I didn’t want to put a check next to a random candidate. So post-grad, I immersed myself in the city a lot more. [Short-term residents] aren’t thinking of things like obtaining D.C. residency or voting in D.C. politics. The fact that we don’t have representation in Congress could detract from the interest in politics too. Those of us who live here care because the issues affect us. Same goes for international issues because there is a huge international community here.

Why do you also want to get a D.C. tattoo? Do you support the campaign for statehood?

While statehood is an important issue and something people take seriously, getting a tattoo is more of a tribute to the city and everything it’s done for me. It’s a reminder of the experiences I had here and how much I’ve personally grown up while being in this city. You know, sh*t, I’m an adult now. It’s a childish thing to say, but I feel like I got my maturity in D.C.

Do you donate to causes often?

I donate to two causes regularly: Movember for prostate cancer and a charity I think is essential, Be The Match. Also, I give to American Cancer Society through my research.

Where are you going to put your tattoo?

I’m curious about where Kojo and Tom and Councilwoman Cheh are going to do it. Personally, I’m thinking maybe somewhere not visible. Probably somewhere on the back of one of my shoulders.

Any tattooing advice for Kojo and Tom?

I had a really nice artist [for my first tattoo]. I told her it was my first, so before I was inked, she filled her pen with water so I could see what it felt like. Honestly, there’s never a point where it’s unbearable but it’s a small amount of pain over a long time. I would say, don’t psych yourself up too much. The worst part is before it starts.