Photos: Behind The Scenes At Rose’s Luxury 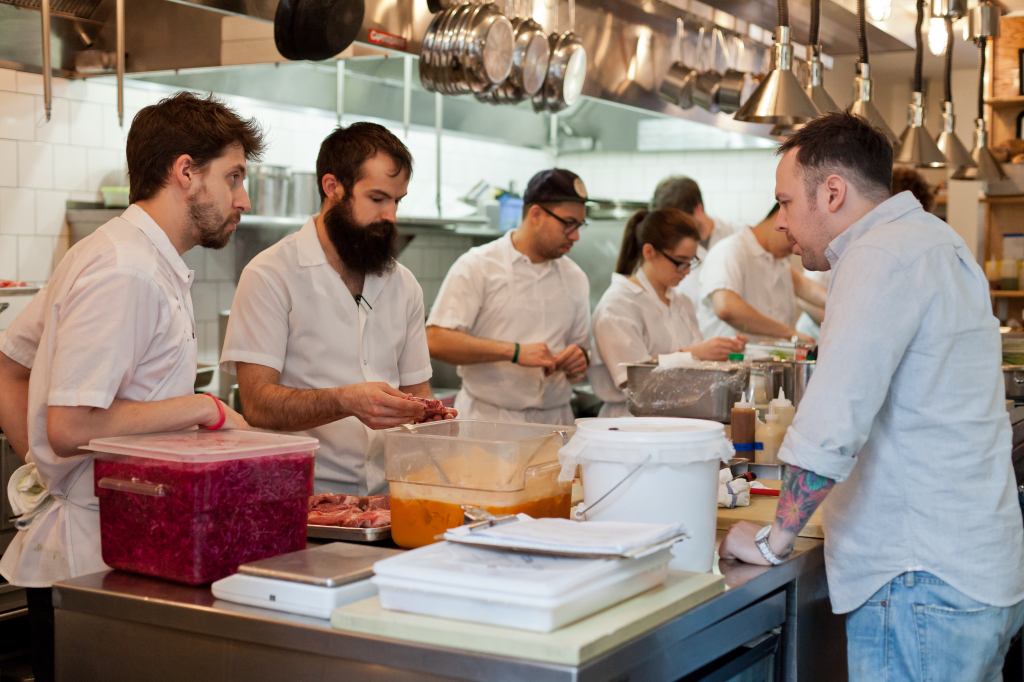 Rose’s Luxury founder Aaron Silverman did not aspire to cook as a kid.

Growing up in Rockville, Md., Silverman was far more concerned with ThunderCats and “trying not to suck at little league baseball.” Despite his disinterest in cooking, Silverman landed among the big leagues in the food world by cooking with New York City’s David Chang (of Momofuku fame), Marco Canora (of Hearth), George Mendes (of Aldea) and Charleston’s Sean Brock (of Husk).

After a killer 2014 review in Bon Appétit named Rose’s Luxury the “best new restaurant in America,” Silverman became the newest of the need-to-know names. 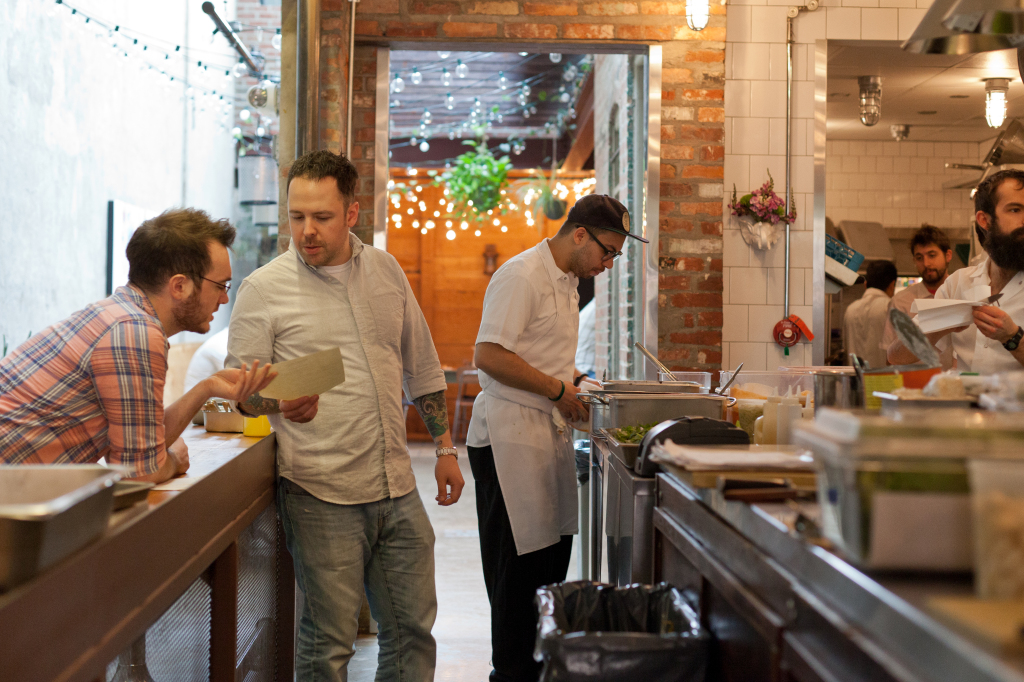 Euphoria followed. “We closed early to celebrate,” said server Kirsten Mikalbrown of the day after the review. “We went to Old Ebbit around midnight and bought tons of orca platters. Pretty much everyone’s partners showed up. Wives, husbands, girlfriends. I had never seen anything like that.”

What started off as a neighborhood business with family roots (Rose’s is named after Silverman’s grandmother, the tables were made by his uncle and the flowers arranged by his mother) became not only the hottest eatery in the district but in the region –maybe even the country.

“I remember the first day after the Bon Appétit review,” said Mikalbrown. “We saw the line and turned around and were just like ‘Holy crap.'” 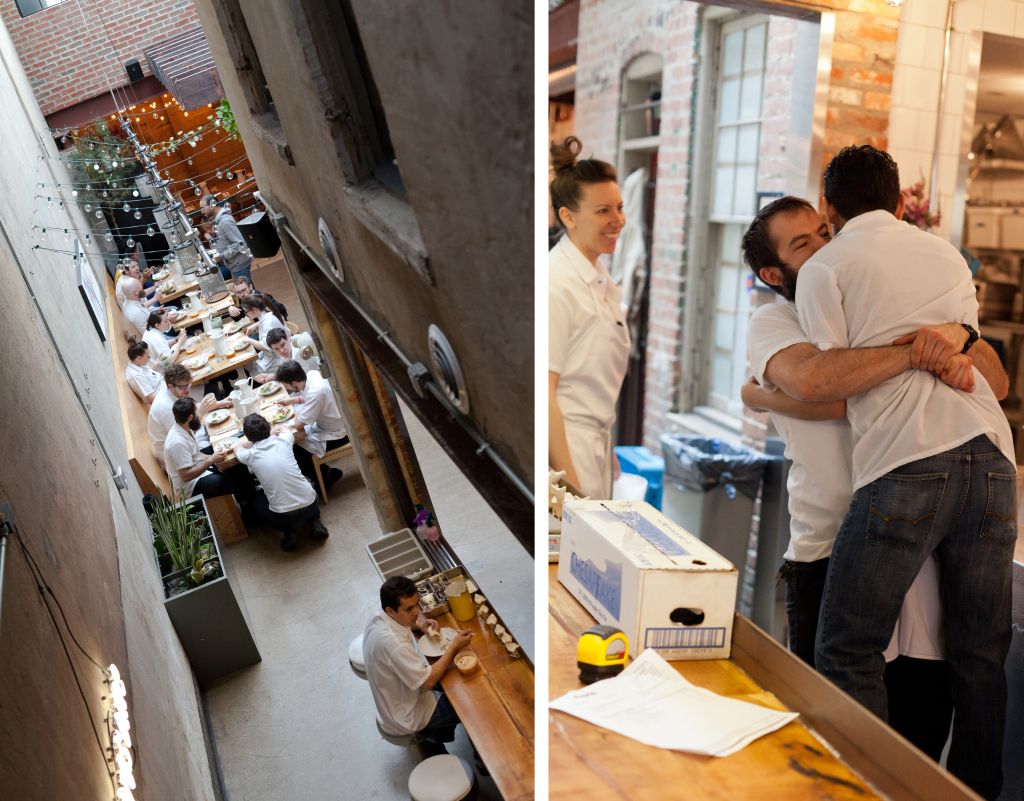 The staff at Rose’s Luxury sits down for a family meal of green chili and pork stew and coconut rice (left).  Cooks embrace each other (right). “We like to have fun here,” said Davy Bourne, a cook. Photo by Anthony Washington.

So far, the staff has only grown and the restaurant has only expanded. In fact, Silverman is currently planning another restaurant adjacent to Rose’s.

Originally Mikalbrown was worried that the restaurant’s original regulars wouldn’t be able to enjoy Rose’s as often with its notoriously long line (there are no reservations). But the initial fervor has somewhat settled and supporters from a year ago have been able to revisit. While Rose’s can’t rewind to the short time where they were the nice neighborhood restaurant on Barrack’s Row, they’re there mentally.

“If you freak out and are changed by an award, the reason why they gave you an award is over,” Mikalbrown said of Rose’s accolades. “What we keep thinking is ‘we have to keep doing what we’re doing.'” 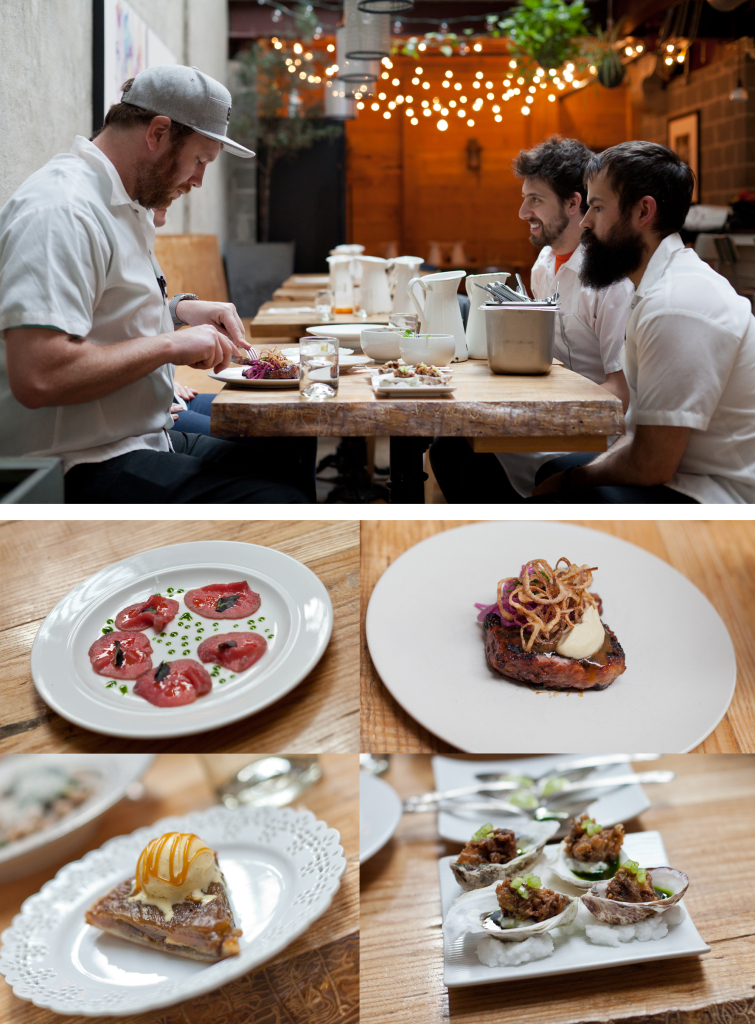 At 4:15, the cooks present Silverman and the sous chefs every dish on that night’s menu. Photos by Anthony Washington.

On Instagram, photos of food abound at Rose’s Luxury, but there are also plenty of pictures of the restaurant’s decor, which server Justin Robinson says is “very much an ‘Aaron touch.'”

“I really enjoy the design aspect of building a restaurant,” said Silverman, whose favorite item is a giant gold phone by the upstairs bar modeled after Elvis’ personal 24-karat bedside telephone. “Basically I tried to decorate Rose’s as I would my home. While they don’t necessarily look the same, you can tell both came from the same type of style.”

“A lot of people tell us ‘I feel like I’m in someone’s living room,’ said Robinson. “That’s the idea. To make you feel like you’re at a really nice dinner party at someone’s house where you don’t have to do any work.”

Check out the little details that make Rose’s unique below, and listen to Aaron Silverman on The Kojo Nnamdi Show.